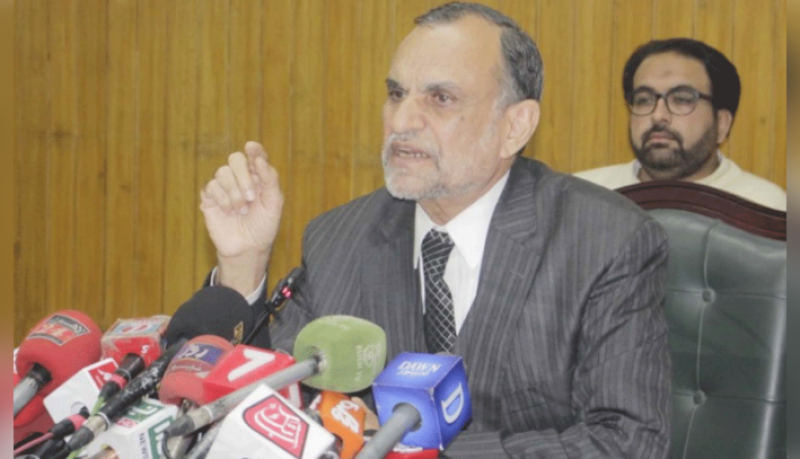 The minister made these remarks during a meeting of the Senate Standing Committee on Parliamentary Affairs chaired by Senator Taj Haider to discuss proposed amendments to the Elections (Amendment) Act, 2021.

The standing committee has 14 members with four from the Pakistan Tehreek-e-Insaf (PTI), three from the Pakistan Peoples Party (PPP), two from Pakistan Muslim League-Nawaz (PML-N), two independents, and one each from the Balochistan Awami Party (BAP), the Muttahida Qaumi Movement-Pakistan (MQM-P) and the Jamiat Ulema-e-Islam-Fazl (JUI-F).

Before the committee voted on the proposed amendments, Swati came down hard on the ECP and alleged that the commission took bribes to rig polls.

Advisor to the Prime Minister on Parliamentary Affairs Dr Babar Awan said the government would not decide which machine would be used for voting.

“This will be decided by the election commission,” he said, adding that the Ministry of Parliamentary Affairs wrote a letter to the ECP, asking whether it needed a budget.”

Awan said the ministry had written to the ECP, asking whether it needed a budget, security or storage to hold the elections. He said that the ECP did not respond to the letter.

The Opposition senators said that Swati cannot accuse a constitutional body of taking bribes, and demanded that the senator should provide proof to back his claim.

Swati then added that such institutions conduct all elections through rigging and should be burned down.

The ECP officials walked out of the session after the allegations leveled by the minister.

Senator Azam Nazeer Tarar of PML-N said whenever the ECP tries to become independent, they [government] start to have a problem with it.

“Azam Swati should tell us who paid bribes to the ECP?” he asked. “Was it the PPP or the PML-N?”

However, a defiant Swati stuck to his guns, saying that he had said nothing wrong.

Meanwhile, PML-N president and opposition leader in National Assembly (NA) Shehbaz Sharif lashed out at the government ministers and said that they have no proper argument regarding electronic voting machine.

PPP leader Sherry Rehman said that the government is not ready to accept 37 objections and wants to exercise its full will in the elections.