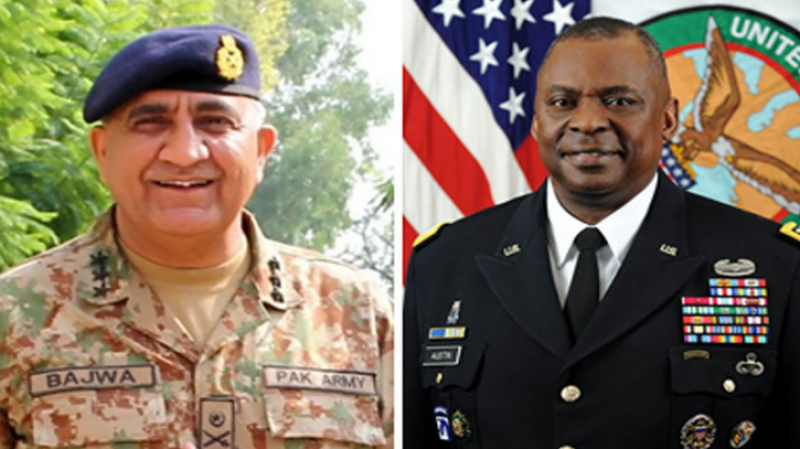 Islamabad (Web Desk): The United States (US) has pledged to play its role in enhancing cooperation with Pakistan at all levels.

The commitment was made by US Secretary of Defence General Lloyd James Austin during a telephonic conversation with Chief of Army Staff (COAS) General Qamar Javed Bajwa, the Radio Pakistan reported.

The US Defence Secretary expressed his grief over the devastation caused by unprecedented floods in Pakistan and offered sincere condolence to the families of the victims. He offered full support to the people of Pakistan.

During the call, matters of mutual interests, regional stability as well as defence and security cooperation were discussed.

US values its longstanding cooperation with Pakistan: State Department