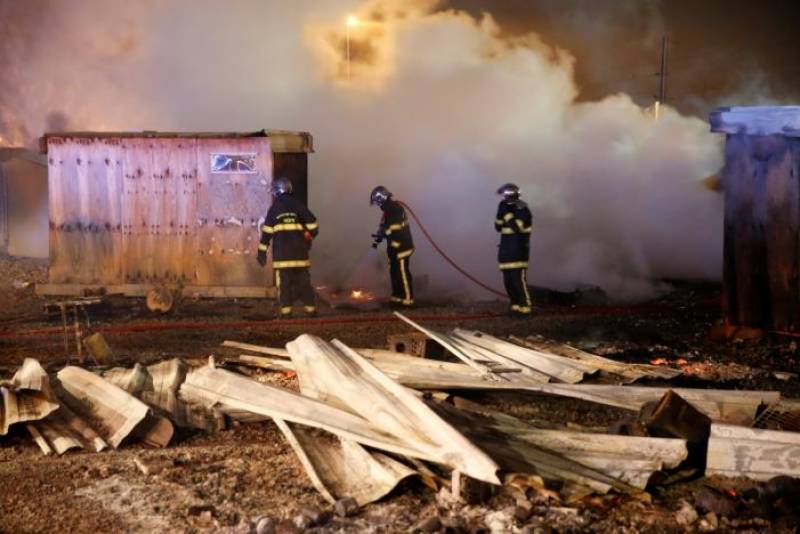 At least six migrants were wounded after scuffles and a knife fight which prompted riot police to intervene. That led to further clashes between security forces and between 100 and 150 migrants.

One of the injured migrants was knocked over by a car on a highway outside the camp and was in a critical condition, police said. Three other migrants had stab wounds.

The fire broke out later in the evening and tore through the wooden huts of the camp, which houses between 1,000 and 1,500 migrants, many of them Kurds, according to humanitarian groups.

"Many of the cabins have burned down or are still on fire, more than half the camp has been destroyed," a spokesman at the regional prefect's office said, adding that 165 people had already been taken to makeshift shelters nearby as the fire continued to rage in the early hours of Tuesday.

Grande-Synthe, also called the Liniere camp, is on the road between Dunkirk and Calais. Most of the migrants are fleeing violence and hardship in North Africa and the Middle East. Its population has grown recently with a surge of arrivals from Afghanistan.

Last week, migrants from Grande-Synthe had tried to block the nearby highway with tree trunks and branches to try and stop the traffic and clamber onto the trucks and cars in the hope of reaching the United Kingdom, across the Channel.