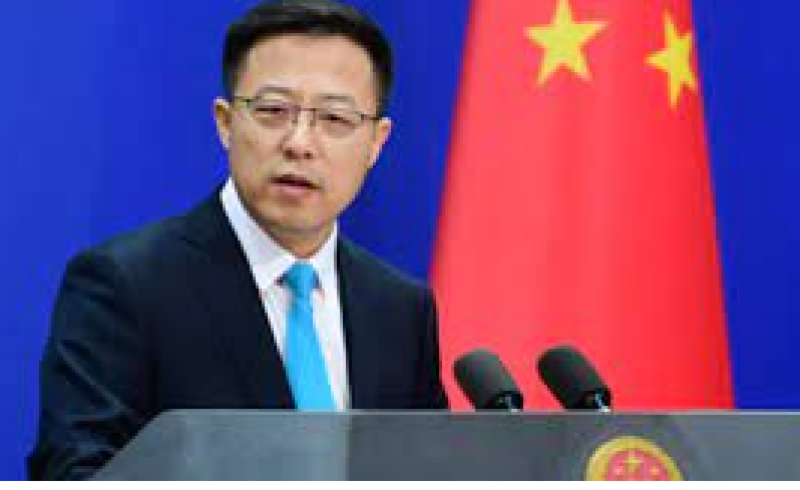 Beijing (Agenbcies): Chinese Foreign Ministry Spokesperson on Monday said China would firmly adhere to its friendly policy towards Pakistan and the all-weather ironclad friendship would not be affected by the leadership change in the country.

“No matter how the political affairs in Pakistan may change, China will firmly adhere to our friendly policy to Pakistan and we don’t believe the political change will affect the bilateral relations whatsoever,” Zhao Lijian said during his regular briefing in response to a question about change of leadership in Pakistan after former prime minister Imran Khan was voted out through a no-confidence move.

The spokesperson said China wished all parties in Pakistan to remain united ad maintain the stability and development of the country together.

“We noted some changes in the political circle of Pakistan. As a close neighbour and ironclad friend, we sincerely hope all parties in Pakistan will maintain solidarity and jointly uphold stability and development in their country,” he said.

Replying to another question about the claim of foreign interference in no-trust move, he said China was firmly opposed to any other country’s interference.