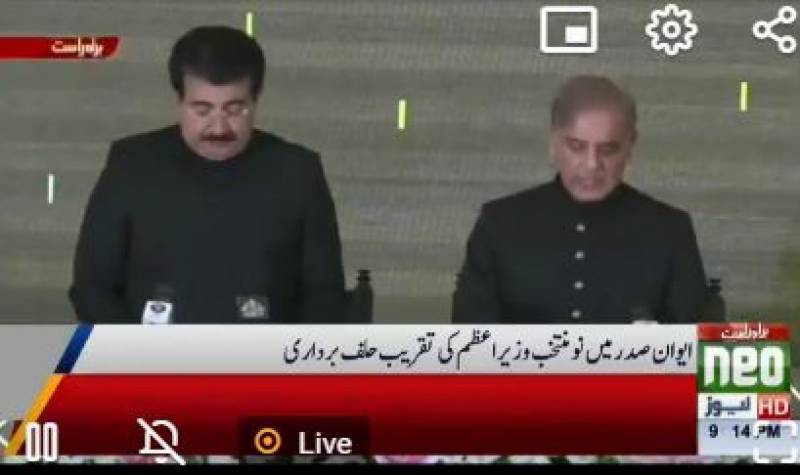 Senate Chairman Sadiq Sanjrani administered the oath to Shehbaz at a ceremony held at the Aiwan-e-Sadr (the President House) in Islamabad in President Dr Arif Alvi’s absence, who went on 'sick' leave ahead of the inauguration of the newly elected premier.

During the session, PTI MNAs and NA Deputy speaker Assembly (NAboycotting the election for the next prime minister of Pakistan.

The session continued with MNA Ayaz Sadiq in the chair who announced voting for the election of new premier.

The development comes after Imran Khan was voted out from the office through no-confidence motion on Saturday night.

The National Assembly passed the no-confidence resolution against Imran Khan as 174 MNAs out of 342-member house recorded their votes in favour of the no-trust motion against him.