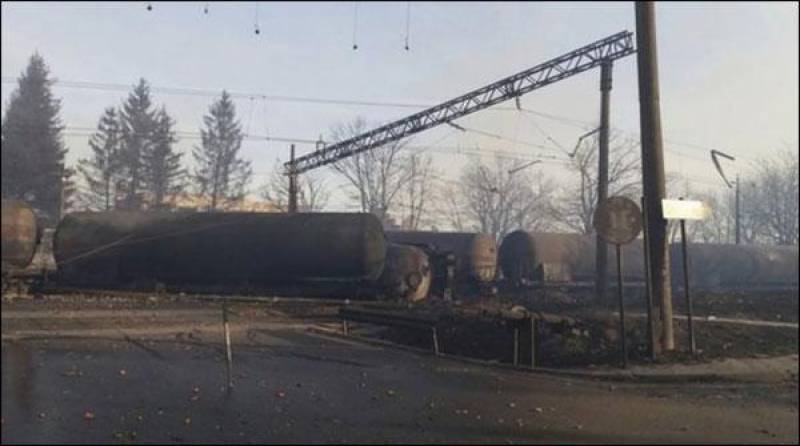 Sofia (Reuters): At least seven people were killed in northeastern Bulgarian village when a freight train derailed and exploded, destroying at least 50 houses and public buildings.

Health authorities said dozens of people were injured and at least five of the victims remain in critical condition in hospital.

Bulgaria's government officials said it is preparing to announce Monday a day of national mourning following the deadly incident.

Police said that twelve of the private train's tanks, carrying propylene, very volatile and highly flammable gas, derailed at the rail station of the village. One of the tanks struck a high-power line and exploded in flames early on Saturday.

Officials announced to evacuate the village so that the propylene can be safely removed. Specialists are conducting an operation to transfer gas from the tanks of the train at the center of the blast.

According to a police official, the draining of tanks is a very complex and slow process, outgoing Prime Minister Boiko Borisov a few hours after arriving at the village, some 380 km northeast of the capital Sofia and home to around 1,000 people.

The operation is expected to take a day or two to complete.

Interior Ministry Chief Secretary Georgi Kostov said, "Two blasts have caused a serious fire and ruined at least 20 buildings. There are many people injured ... many with burns."

A hospital official said that an 18-year-old man has died of his wounds in the hospital in the northern town of Shumen.

Some 200 firemen are putting out the fires and are cooling the derailed tanks to avoid further blasts. Rescue teams, including sniffer dogs, are searching for survivors in houses near the train lines.

"I helped take out six people under the ruins. Three were dead, three alive. There are no houses left standing near the incident - within 300 meters from the railways," said Stefan Stefanov, who lives in Hitrino.

Prosecutors said they are investigating the incident. Possible speeding or malfunctioning of the train tanks are among the most likely reasons for the incident, the head of the parliamentary commission Nastimir Ananiev said.