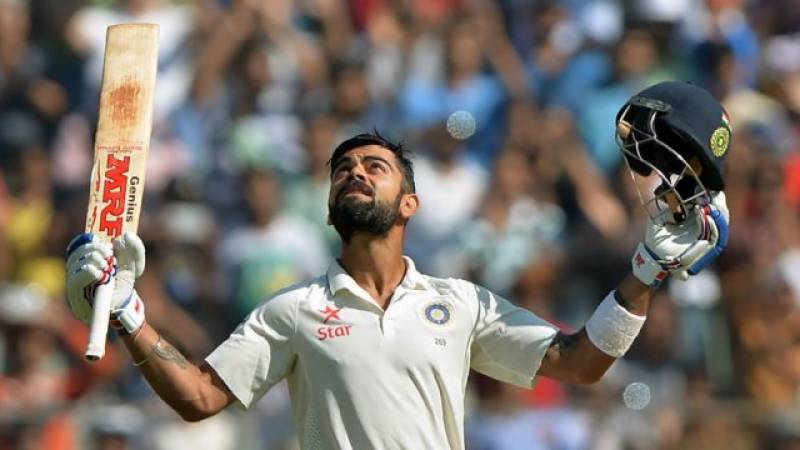 Mumbai (Online): Indian cricketer and test captain Virat Kohli broke his third double century of 2016 when he scored 200 runs against England on day four of the fourth Test at the Wankhede Stadium in Mumbai on Sunday.

The star batsman began the morning session on 147 and strike a double century before lunch as India tightened their grip on the match by extending their lead to 158 runs.

England scored 400 in their first innings, must win at Mumbai’s Wankhede Stadium to keep the series in their favor while going into the fifth Test in Chennai.

The 28-year-old cricket star has enjoyed a record-breaking year and passed 1,000 Test runs for the year while a total of 4,000 for his career at the crease. He scored a double century against the West Indies in July and repeated the feat against New Zealand in October.

He scored 167 in the second Test of the five-match series against England at Visakhapatnam and has been the standout batsman of the contest.

Double finale of ‘Meray Paas Tum Ho’ will be screened in cinemas ...