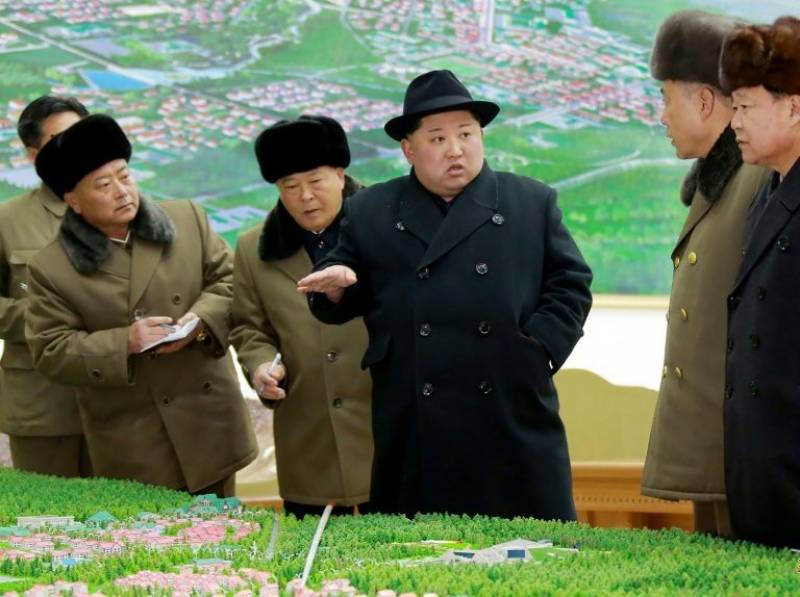 The international media reported, the move comes after a rare visit to North Korea by a senior UN official, who called for dialogue between Pyongyang and the international community to avert a potentially catastrophic "miscalculation" in the high-stakes nuclear crisis.

Seoul’s new measures, its second set of unilateral sanctions in a month, are likely to draw an angry response from Pyongyang, which views its neighbour as overly-dependent on a hostile Washington.

A total of 20 North Korean organisations, including banks and trading companies, and 12 North Korean individuals -- mostly bankers -- will be blacklisted as of Monday, the South’s Yonhap news agency reported citing a foreign ministry official.

"The organisations and individuals were involved in supplying money needed to develop weapons of mass destruction or illegal trading of sanctioned items," the official said, according to Yonhap.

The measures are in addition to those by the UN Security Council, which has hit the isolated and impoverished North with a package of sanctions over its increasingly powerful missile and nuclear tests.

China, Pyongyang’s sole major diplomatic and military ally, has also backed the UN embargoes, but has repeatedly pushed for talks to diffuse tensions.

The UN’s under secretary general Jeffrey Feltman visited the North just a week after Pyongyang said it test-fired a new ballistic missile capable of reaching the United States.

His trip also coincided with the US and South Korea’s biggest-ever joint air exercise, which the North slammed as a provocation and revealing an intention to "mount a surprise nuclear pre-emptive strike".

Seoul’s sanctions will bar South Korean individuals and entities from transacting with those on the list but it will be largely symbolic given a lack of inter-Korean economic ties.

Last year, South Korea unilaterally closed operations at the jointly-run Kaesong Industrial Complex, saying cash from the zone was being funnelled to the North’s weapons programme.

The complex was the last remaining form of North-South economic cooperation. Seoul banned nearly all business with the North in 2010 after accusing Pyongyang of sinking one of its warships.

US slaps sanctions on six militants after cutting aid to Pakistan