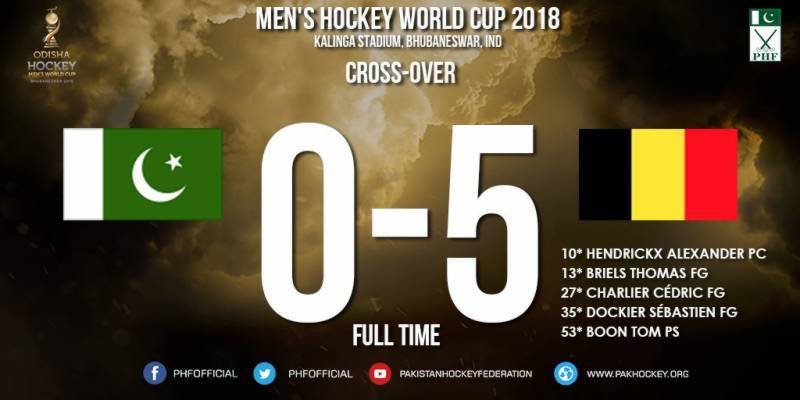 The first period saw Belgium scoring twice in the 10th and 13th minute.

Soon after, Thomas Briels added one more to put Belgium 2-0 up against Pakistan.

Alexander Hendrickx converted the penalty corner to give Belgium 1-0 lead.

Earlier, before this match, Pakistan and Belgium have played against each other twice in the World Cup, with Pakistan winning both the times, 2-0 in 1973 and 3-2 in 2002.