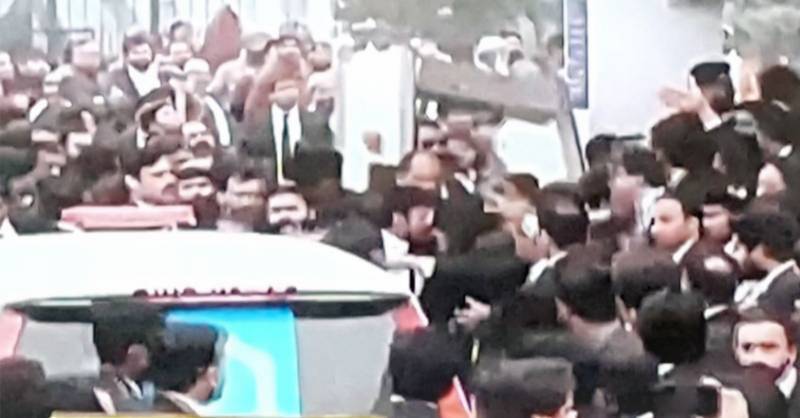 Lahore (Staff Report/Agencies): A group of angry lawyers on Wednesday stormed the emergency ward of Punjab Institute of Cardiology in Lahore.

According to reports, at least four people lost their lives after doctors and nurses left the hospital amid the dispute and halted treatment of patients.

Police is using tear gas and baton charge in an attempt to disperse the lawyers.

Punjab Information Minister Fayyazul Hasan Chauhan, who had arrived at the hospital, said that "lawyers had tried to kidnap" him. In a video, he is seen being manhandled by a group of protesting lawyers.

Young Consultants Association announced a nationwide strike after the violent protest. President of the YCA Dr Hammad Butt said that tomorrow no consultant will be on duty all across Punjab. "The vandalism by lawyers is highly condemnable," said Dr Butt.

Punjab Chief Minister Usman Buzdar has taken the notice of the incident and sought an initial report.