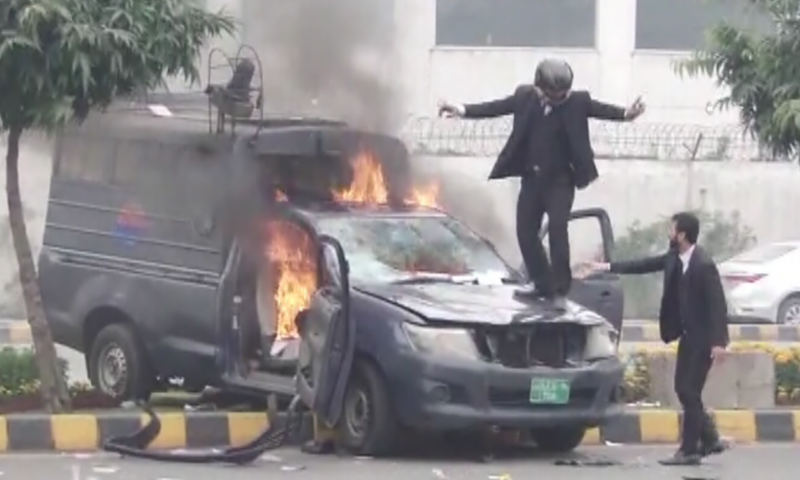 Lahore (Staff Report/Agencies): The interior ministry on Wednesday deployed Rangers across important locations in Lahore after a group of angry lawyers stormed the emergency ward of Punjab Institute of Cardiology.

According to the interior ministry, 10 platoons and two companies of the paramilitary forces have been deployed in the city.

Punjab Health Minister Yasmeen Rashid at a press conference confirmed the deaths of three people due to the lawyers protest.