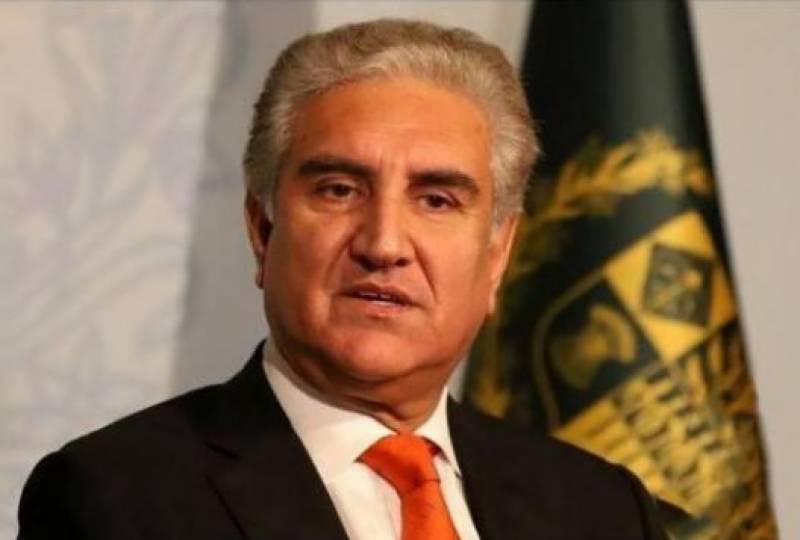 He said this while addressing a joint news conference along with Special Assistant to the Prime Minister (SAPM) on National Security Moeed Yousuf in Islamabad.

They were briefing the media in context of a recent report by European Union (EU) DisinfoLab that contained details of India's propaganda and influence operations against Pakistan, the Radio Pakistan reported.

“We also call on the UN to create processes that ensure that the international system is not manipulated through such influence operations,” the FM said.

He said the EU Parliament should also begin a credible investigation into the manipulation of the EU Parliament and its legislative process by these fake organizations involved in anti-Pakistan propaganda under a fully funded disinformation and influence operation, run by India.

Qureshi said the scope and extent of India's operations against Pakistan under their hybrid war is now apparent for the world to see.

He said Pakistan will take all necessary actions to protect its interests.

“The EU DisinfoLab report contains detail of India's online and offline operations during the last 15 years,” the FM said.

Citing the report, he said 750 fake websites were run from 116 countries. Additionally, ten NGOs working with UNHRC and 550 websites were used through fake identity.

The FM said that India staged fake demonstrations in different countries. He added that India also formed fake parliamentary groups like "Friends of Gilgit-Baltistan and "Friends of Balochistan."

He said the purpose was to mislead the European Union and the United Nations through wrong information.

Speaking on the occasion, SAPM Moeed Yusuf said these Indian actions involve criminality and it is breach of international laws.

He said the Indian state is acting as a mafia to malign Pakistan at international level through fake material.

Moeed Yousaf urged the UN machinery and Human Rights Council to see into these facts as to how world organisations were used to spread propaganda.

“Our objective is peace and economic security,” the SAPM said.