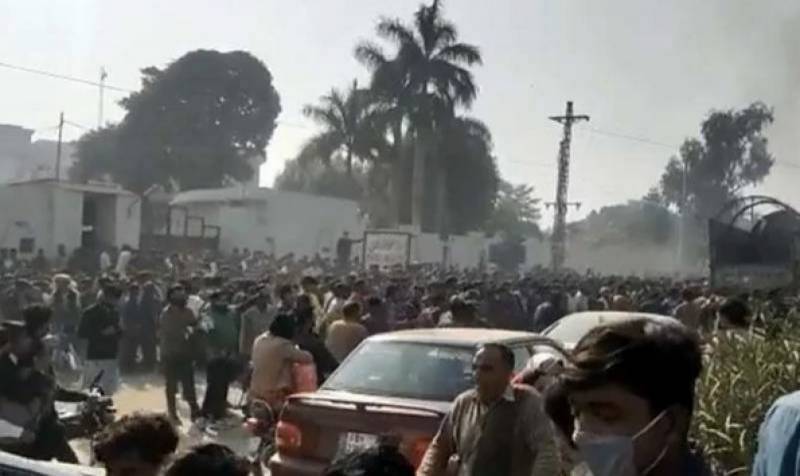 Lahore (Web Desk): Provincial authorities have decided to hold the trial of the accused in the lynching of Sri Lankan national Priyantha Kumara within the jail.

According to details, the decision to hold the trial inside jail was reached after a meeting of the prosecution team and the Punjab government.

The prosecution also asked the jail administration to make the necessary arrangements to conduct the trial.

The law enforcers have also been told to complete the case challan at the earliest as the officials are also considering to hold the trial on a daily basis, per reports.

Out of 131 men, over 30 have been declared prime suspects, were identified and detained. Most of the persons were detained with the help of CCTV footage and videos collected from social media.

Punjab Chief Minister Usman Buzdar and the inspector general of police are also monitoring the investigation into the incident.

On December 3, several unidentified people were booked after an angry mob of hundreds set the body of Sri Lankan national Diyawadana Priyantha, who was working as a manager at a private factory in Sialkot, on fire after lynching him over blasphemy allegations.

On Friday, religious scholars across Pakistan observed the Day of Condemnation against the brutal killing. Ulema from all schools of thought strongly condemned the vociferous crime and declared killing over unproven blasphemy allegations ‘impermissible’.