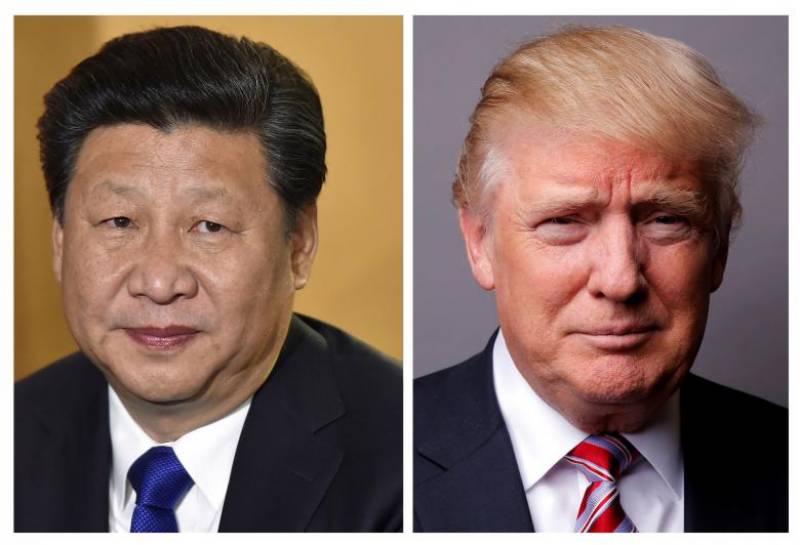 Beijing, China (Reuters): China wrested a concession from the United States as the two presidents spoke for the first time this week but Beijing may not be able to derive much comfort from the win on U.S. policy toward Taiwan, combining public bluster with behind-the-scenes diplomacy.

Several issues of disagreement including currency, trade, the South China Sea and North Korea between the superpowers were not mentioned in public statements on Thursday's telephone conversation between Chinese President Xi Jinping and American President Donald Trump. Beijing may have overplayed its hand in getting Trump to change course on the "one China" policy.

Trump had upset Beijing before he took office by taking a call from Taiwan President Tsai Ing-wen, then casting doubt on the "one China" policy, under which Washington acknowledges the Chinese position that there is only one China and Taiwan is part of it.

Trump changed track and agreed to respect the "one China" policy during the telephonic conversation, prompting jubilation in China. Beijing had been working on diplomatic ways to engage Trump's team and largely blaming Taiwan for stirring things up.

Laying the foundation for that call had been the low-key engagement of China's former ambassador to Washington and top diplomat, the urbane and fluent English-speaking Yang Jiechi, with Trump's national security adviser Michael Flynn.

Jia Qingguo, dean of the School of International Studies at Peking University, who has advised the government on foreign policy said, "China was pragmatic and patient. It made every effort to smooth out the relationship, and it paid off."

But China also made very clear Taiwan was not up for negotiation, unleashing state media to threaten war and punishment for U.S. firms if that bottom line was breached.

China has long described self-ruled Taiwan, claimed by Beijing as its sacred territory, as the most sensitive issue in Sino-U.S. relations.

The sources with ties to senior military officials told Reuters in December that its military had become alarmed after the Trump-Tsai call and was considering strong measures to prevent the island from moving toward independence.

A source familiar with China's thinking on relations with the United States, speaking to Reuters last month, said China had actually not been too bothered with Trump's Taiwan comments before he took office as he was not president then and was only expressing his personal view.

Military tensions remain between them despite the U.S. concession.

On Saturday, the overseas edition of the ruling Communist Party's People's Daily placed a picture on its front page of Chinese warships about to embark on a new round of drills in the South China Sea, right next to an upbeat commentary about the Xi-Trump call.

The paper's WeChat account took a harsher line, saying that with Trump getting back with the program on "one China", Taiwan had better watch out.

It said, "The heart of that Madame Tsai on the other side of the Taiwan Strait must at this moment be chilled to the core."

One senior Western diplomat said China had been redoubling its efforts to win over the Vatican, one of a handful of countries to retain official ties with Taiwan.

Taiwan says it hopes for continued U.S. support, and one ruling Democratic Progressive Party official told Reuters that the "one China" policy had not affected previous U.S. arms sales to Taiwan, even as U.S. presidents' commitment to the island have waxed and waned.

Xi has put great personal political capital into seeking a solution over Taiwan, an issue that has festered since 1949 when defeated Nationalist forces fled to the island after losing the civil war to the Communists. China has never renounced the use of force to bring Taiwan under its control.

But in its relations with Washington, the risk for Beijing remains that its diplomatic win over "one China" will be short lived, as Trump will not want to be seen as having caved in.

Dean Cheng, China expert at the conservative Heritage Foundation in Washington said, "What he's shown the Chinese is he's willing to touch the 'third rail' of U.S.-China relations."

"Beijing can't predict what he'll do next – and he's only been in office three weeks. What is he going to do on trade and other economic issues?"

According to U.S. officials, the affirmation of the "one China" policy was an effort to get the relationship back on track and moving forward.

Tom Rafferty, the China Regional Manager for the Economist Intelligence Unit said, But Trump's change of tack may be seen by Beijing as a climb down.

"Mr Trump is erratic and will not appreciate the suggestion that he has been weak."

SC will not let any injustice take place against Balochistan, vows ...