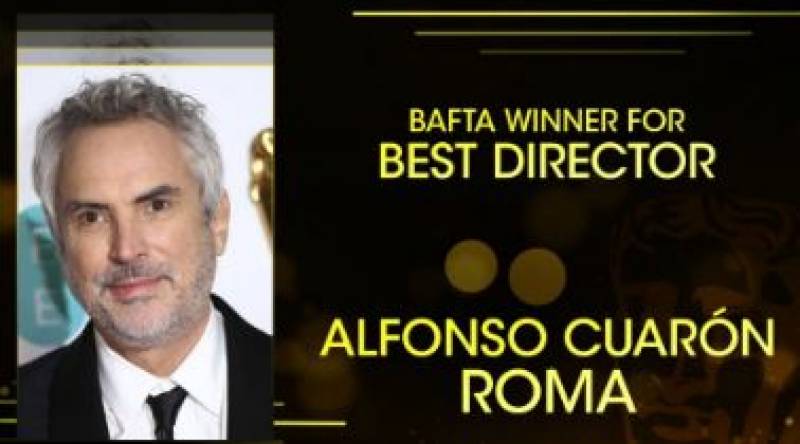 "Roma" won best film and best director, sharing the glory with British black comedy "The Favourite" which picked up best actress for Olivia Colman as Queen Anne and best supporting actress for Rachel Weisz playing her confidante and lover.

"Roma" is also nominated for best picture at the Oscars later this month, which has propelled Netflix into the Hollywood club of elite filmmakers despite fears that its streaming business model could undermine the industry.

The success of "Roma" dented expectations of a clean sweep by "The Favourite" -- about a cantankerous 18th-century British queen and her scheming court.

Colman's uproarious depiction of the largely forgotten monarch has proved popular with audiences.

"She doesn't take herself too seriously and she enjoys what she's doing," Greek director Yorgos Lanthimos said after winning the Bafta for outstanding British film.

Weisz won out against co-star Emma Stone who was nominated in the same category.

"Didn't we have an extraordinary time? Hats off ladies," she said, thanking "everyone that stood by these three women and their story".

Weisz and Stone are also in the running for Oscars in a proud year for the British film industry.