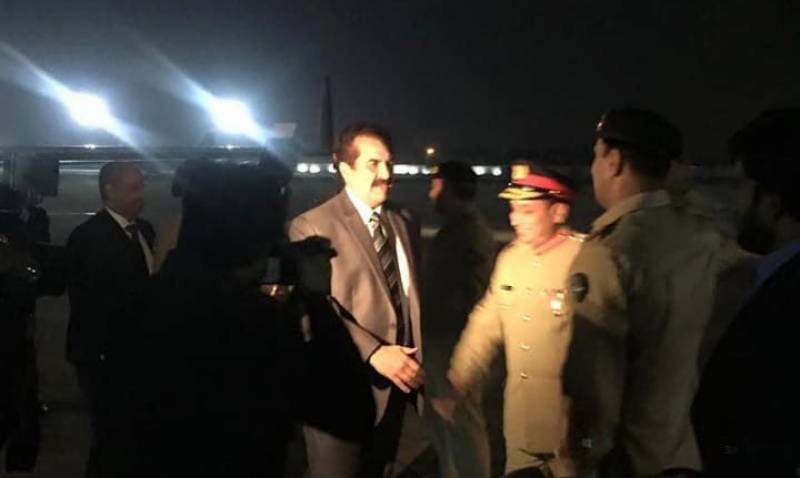 A special plane carrying the delegation arrived at Nur Khan air base in the federal capital.

According to sources, the visiting delegation is likely to hold key meetings with the civil and military leadership of the country. The military officials are expected to meet Senate Chairman Sadiq Sanjrani and Foreign Minister Shah Mehmoood Qureshi besides Chief of Army Staff (COAS) General Qamar Javed Bajwa and Joint Chiefs of Staff Committee General Zubair Mahmood Hayat.

They further said that the focus of the 2-day visit will be on the regional situation as well as counter-terrorism measures taken by the coalition.

“The delegation is also expected to discuss the upcoming visit of Saudi Crown Prince Mohammad Bin Salman to Pakistan,” the sources added.

The delegation will return to Saudi Arabia on Tuesday.