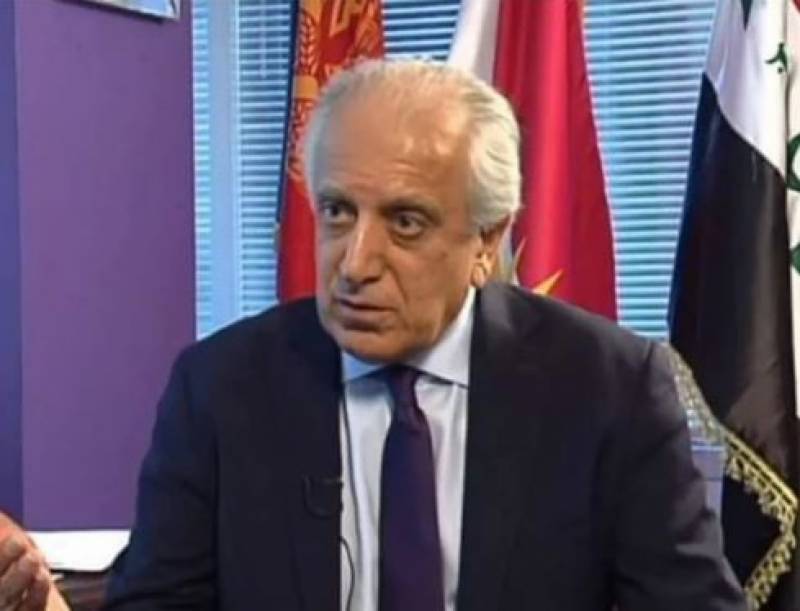 Washington (Agencies): US Special Representative for Afghanistan Reconciliation Zalmay Khalilzad has left Washington on a six-nation tour, including Pakistan, to boost the peace process and bring “all Afghan parties together in an intra-Afghan dialogue”.

Khalilzad, leading an inter-agency delegation to Belgium, Germany, Turkey, Qatar, Afghanistan and Pakistan from February 10-28, will meet with US allies and partners to discuss mutual efforts to advance that goal and will consult with the Afghan government throughout the trip.

The US Department of State said in a statement that Khalilzad’s trip is part of an overall effort to facilitate a peace process that protects US national security interests and brings all Afghan parties together in an intra-Afghan dialogue through which they can determine a path for their country’s future.

He has held talks with the Taliban with the latest round in Qatar in January. The next round of talks is expected to be held in the same venue on February 25.

Khalilzad has said that the sides agreed to a framework of a peace deal that would require the Taliban to prevent use of Afghanistan by terrorists and US to withdraw its troops from the country.

Shanahan will meet Afghan President Ashraf Ghani, who has warned against rushing into a deal after Washington held major talks with Afghan Taliban officials in Qatar last month that negotiators hope could herald a breakthrough in the grinding 17-year conflict.

Shanahan, who is also due to meet General Scott Miller, the top US and Nato commander in Afghanistan, told reporters aboard his flight to Kabul that he had no instructions from Washington to begin a withdrawal, however.