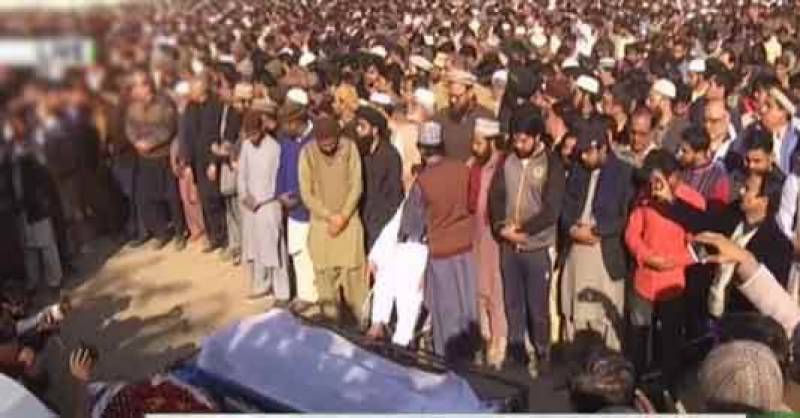 Kasur (Web Desk): The funeral prayers of two named Mohammad Ali and Shuaib, who were killed during police firing, has been offered on Thursday.

Following the Zainab's rape and murder violent protests erupted where police opened fir to control the mob and two were killed during police firing.

Chief Minister of Punjab Shehbaz Sharif has announced Rs 1 crore prize money for whoever identifies the culprit behind the heinous murder of Zainab. He has also announced Rs 3 million each for the families of the two protesters who were killed in firing by the police on Wednesday.

It is pertinent to remember that Zainab, a resident of Rod Kot area of Kasur , was kidnapped on her way to tuition centre on January 5. Her body was found in a garbage pile near Kashmir Chowk after four days.