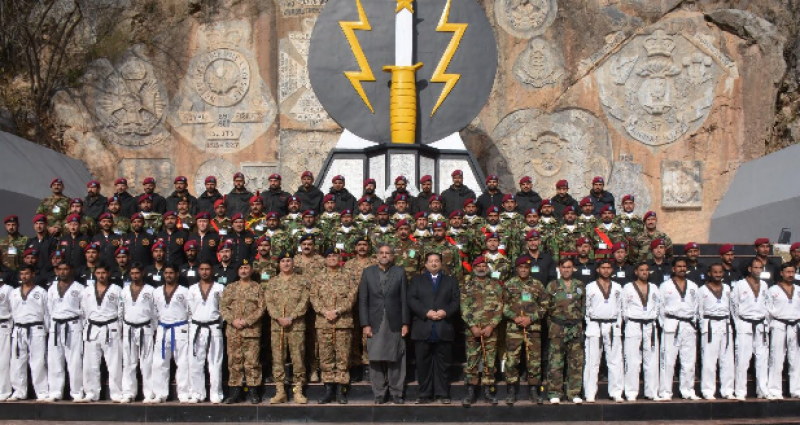 Upon arrival, PM laid a floral wreath at the shuhada monument. He was briefed about the SSG, their capabilities and performance.

While addressing SSG officers, PM wholeheartedly appreciated performance of the elite force and its contributions during the ongoing effort against terrorism.

PM Abbasi even paid rich tribute to the Martyrs of SSG and the armed forces whose sacrifices have returned peace in Pakistan.