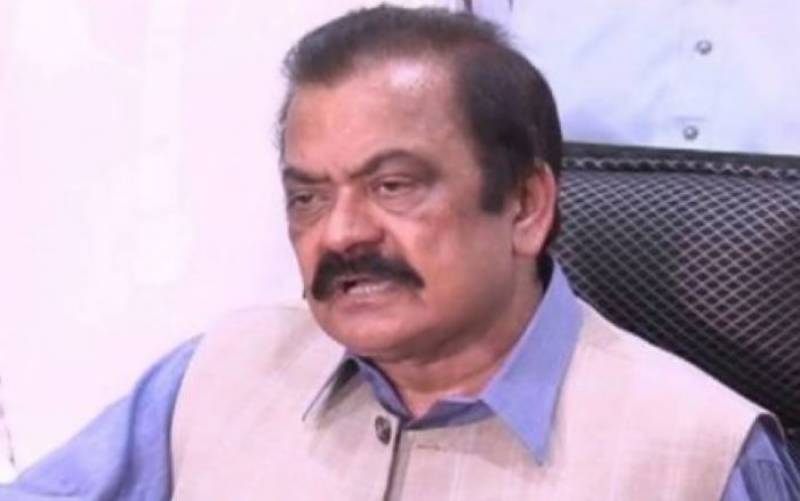 Lahore (Web Desk): Pakistan Muslim League-Nawaz (PML-N) leader Rana Sanaullah on Saturday stated that his party should not have become part of the 'undue haste' regarding passage of bills pertaining to the services chiefs' tenure.

Addressing a press conference in Lahore along with other party leaders, Rana Sanaullah said that the PML-N had not dropped its stance of "vote ko izzat do" (respect the vote).

"We stand by [our stance] of vote ko izzat do and civilian supremacy," he said.

Rana Sanaulla said that government's failure to follow the procedural requirement is the reason that the amendments became controversial. He added that it was not PML-N or anyone else who had a part to play in that.

He said that PML-N supremo Nawaz Sharif had conveyed the same message to party leaders.

A lot of people were surprised by the decision of the ruling party to convene an emergency session of the parliament to pass the Army Act amendments. Upon further enquiries, it was conveyed that the amendments had to be passed in a single day," Sanaullah noted.

Sanaullah said that PML-N leader Sharif had advised the parliamentary party to not support any undue haste as it would make it seem as if the parliament was 'rubber-stamping' the orders of someone else.

The PML-N leader said that those criticising the party's conduct on the legislation were not the workers of the PML-N.

The Pakistan Tehreek-e-Insaf (PTI) government, with the backing of the PML-N and Pakistan Peoples Party (PPP), the two main opposition parties, had approved three bills pertaining to the tenure of the three services chiefs.

The move was necessitated by the Supreme Court's (SC) November 28 orders, in which it had directed the federal government to legislate on the matter within six months.