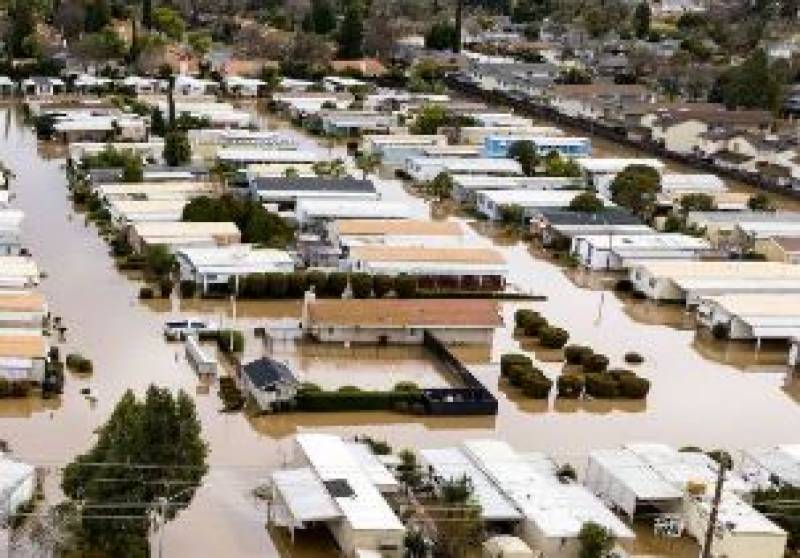 Sacramento (Web Desk): Thousands of Californians remained under evacuation orders as heavy rainfall continued in parts of the state, threatening more flooding as part of a series of storms that have left at least 17 dead in recent weeks.

Thunderstorms were drenching northern California Tuesday afternoon with more rain expected Wednesday and Thursday. Across the state, more than 20 million people are under flood alerts as the risk of mudslides also spreads to the Los Angeles and San Diego areas.

Thousands of residents are under evacuation orders, including in a coterie of Hollywood stars - and the Duke and Duchess of Sussex - who live in the affluent town of Montecito, where 23 were killed in mudslides five years ago.

Heavy rainfall is continuing, turning to thick snow in the Sierra Nevada mountains, while high winds have brought down trees, damaging homes and property and decimating infrastructure.

More life-threatening flash floods and possible mudslides are predicted, with no end to the dramatic weather currently in sight.