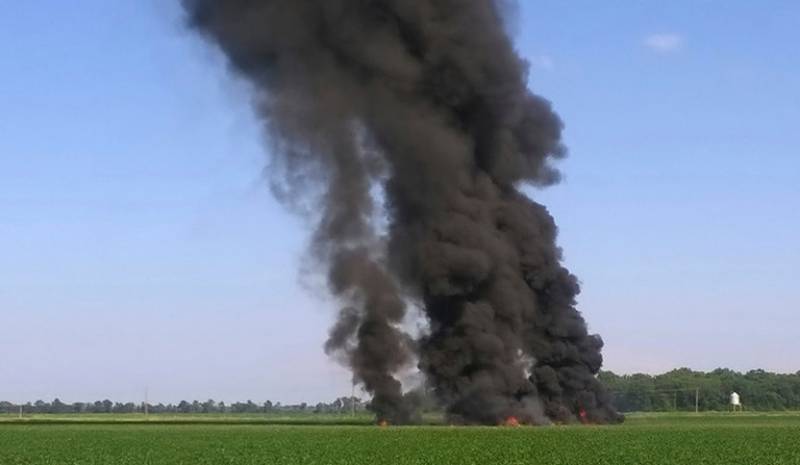 No official details were immediately available on the circumstances of the crash in northern Mississippi's LeFlore County, about 100 miles (160 km) north of Jackson, the state capital.

The incident was a "tragedy", Mississippi Governor Phil Bryant said in a statement on social media site Facebook, but provided no details.

A USMC KC-130 mishap occurred the evening of July 10. Further information will be released as available. pic.twitter.com/QEFhooJZmC

Images posted online by news organizations showed the crumpled wreckage of a plane engulfed in flames in a field surrounded by tall vegetation, with a large plume of smoke in the sky above the crash site.