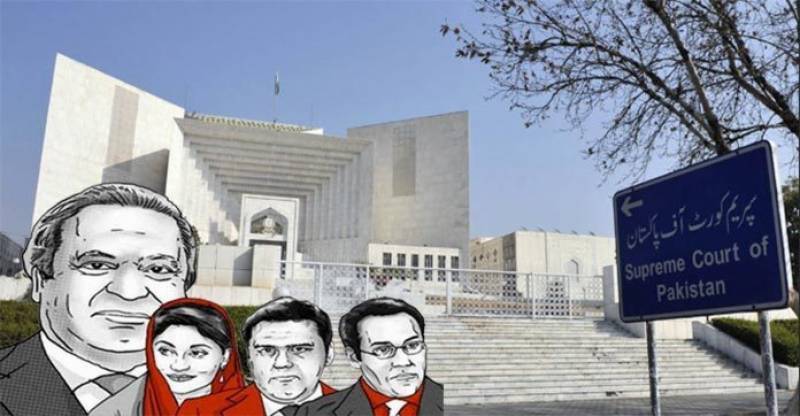 Islamabad (Staff Report): The Joint Investigation Team (JIT) has mentioned in its final report to Supreme Court the details of 32 cases against the Sharif family over the years.

Earlier on Monday, JIT submitted its final report regarding the Panama probe of Sharif family in the Supreme Court (SC).

The JIT report stated that the National Accountability Bureau (NAB) sent details of 28 cases, while the Federal Investigation Agency (FIA) and Securities & Exchange Commission of Pakistan (SECP) forwarded two cases each against the premier and his family. The report stated that between the years of 1999-2000, a total of eight inquiries and investigations had been in process, but despite the passing of 18 years, these investigations could not progress due to various reasons.

An FIR was also registered upon the directives of the apex court against SECP chairman Zafar Hijazi for tampering official records.

The criminal case was registered against Hijazi under sections 466 and 471 of the Pakistan Penal Code.