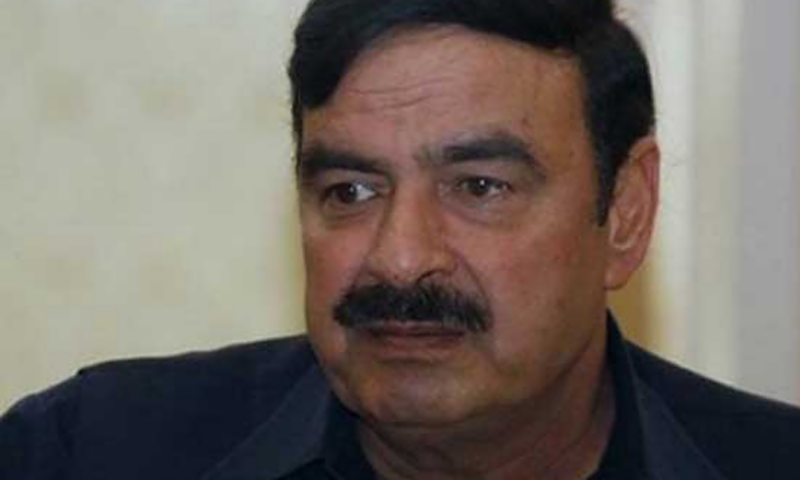 Rawalpindi (Staff Report): President of Awami Muslim League (AML) Sheikh Rasheed on Tuesday has claimed that each member of Sharif family except Begum Kalsoom is a thief, adding that Nawaz Sharif is going to be disqualified soon because he also owns off-shore Company.

Sheikh Rasheed renewed calls for the premier's resignation aftermath of Panama JIT report while addressing a press conference in Rawalpindi. He said that Prime Minister Nawaz sharif has failed the third examination as well. He also stressed that the premier had lost all grounds to rule.

Sheikh Rasheed also stated, “Nawaz Sharif’s agenda is to wage war against the judiciary and military. He and his family are trying hard to find an unconstitutional way out of this saga.”

The AML leader also remarked, “For the sake of this country, I ask Nawaz Sharif to step down. He has lost all moral, political and legal authority to rule. [This situation] has resulted in a political funeral for him and his family.”

Rasheed called on the prime minister to surrender to the law or risk facing imprisonment.

“If Nawaz Sharif does not bow down to the law, he should get ready to go to prison. His entire family has been dragged through the mud due to his stubbornness to stick to power. He has even destroyed his daughter’s political future,” Rasheed added.

The next hearing of the case is on July 17.

Even though the government has rejected the report, and vowed to challenge it ‘point by point’ in the Supreme Court next week, both PTI and PPP have called on the prime minister to step down from his post.