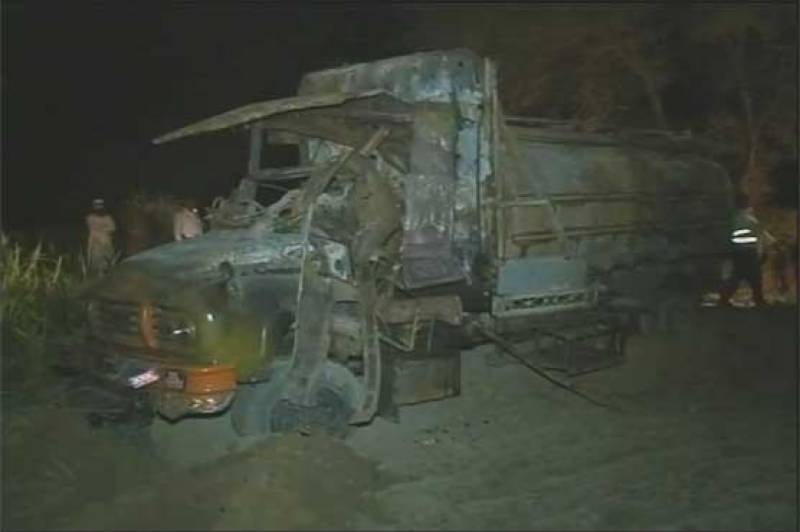 Vehari (Staff Report): A sudden broke out in an illegal oil agency situated in a village 20 kilometres from Vehari during filling of petrol in two oil tankers late on Monday.

According to details, the fire completely destroyed the oil agency and oil tankers and also engulfed nearby houses.

Rescue teams rushed to the spot immediately after incident being reported and brought the fire under control.

No loss of life was reported in the incident.

Meanwhile, police have registered a case against driver and conductor of the oil tanker and owner of the illegal oil agency.

Earlier on June 25, hundreds of residents of a nearby village gathered to collect the leaking fuel from an overturned oil tanker when massive fire erupted and engulfed the tanker. The people were charred to death on the spot.

Fan dies to catch a glimpse of King Khan