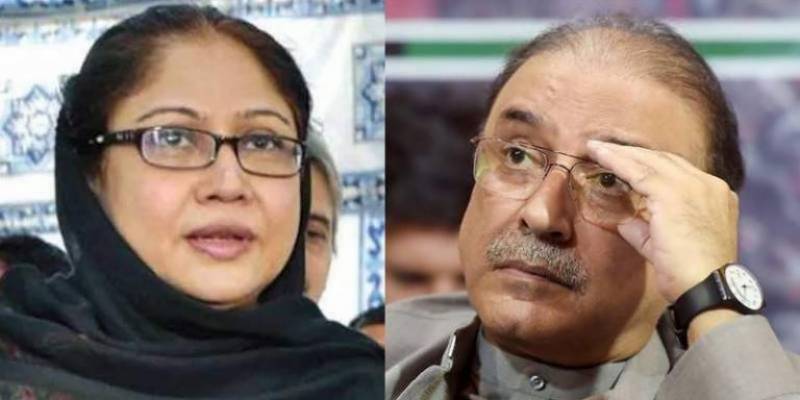 The Supreme Court had issued directives to the Interior Ministry, in connection with an ongoing suo motu case concerning an investigation into fake accounts and fictitious transactions worth billions conducted through several mainstream banks, to put all the beneficiaries of the account name on ECL. The fake accounts were allegedly used for channelling funds received through heavy bribes and kickbacks.

Seven individuals, including Zardari and Talpur, were said to be involved in using certain bank accounts for suspicious transactions totalling Rs35 billion.

On Monday, the ministry rejected media reports, claiming that the Federal Investigation Agency (FIA) had barred former president Asif Ali Zardari and his sister Faryal Talpur from flying abroad in relation to a money-laundering case.

Earlier today, media reports claimed that the former president and his sister had been barred by the FIA from leaving the country.

The reports further claimed that names of Pakistan Peoples Party leaders, Naseer Abdullahd, head of a private bank, Anwar Majeed, a close aide of Zardari , and five others have been put on ‘stop-list’ — a provisional list of the FIA barring suspects from flying abroad before they are formally placed on the Exit Control List (ECL).

A final decision to put their names on the ECL will be taken after the approval of an FIA’s committee.

The FIA informed the court that there are seven account holders and 13 beneficiaries.