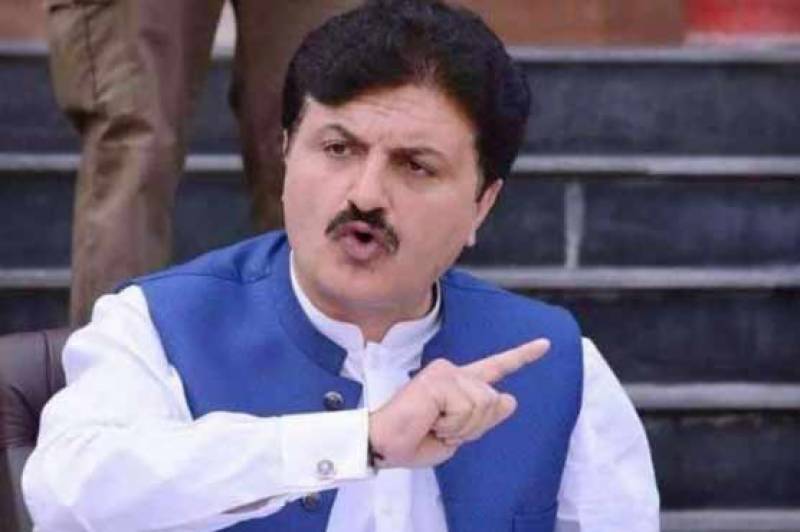 Peshawar (Web Desk): Ajmal Wazir, Adviser to the Khyber Pakhtunkhwa (KP) Chief Minister on Information Ajmal Wazir was removed from his post on, a provincial government notification said on Saturday.

According to details, Member of KP Assembly Kamran Bangash, who is also the special assistant to the chief minister for local government, elections and rural development will hold both portfolios, the notification added.

The reason behind Wazir's removal is said to be a leaked audio clip and allegations that he received commission from an advertising agency.

The action has been taken under Section 3 of KP Advisers and Special Assistants to the Chief Minister (Appointment) Act, 1989.

It is pertinent to be mention here that Ajmal Wazir was appointed as the chief minister's adviser in March this year.

He belongs to Shakai valley in South Waziristan.

Ajmal Wazir had joined the Pakistan Tehreek-e-Insaf (PTI) ahead of general elections in July 2018.

Wazir was earlier a member of the Pakistan Muslim League-Quaid-e-Azam (PML-Q) and had remained its central vice-president.