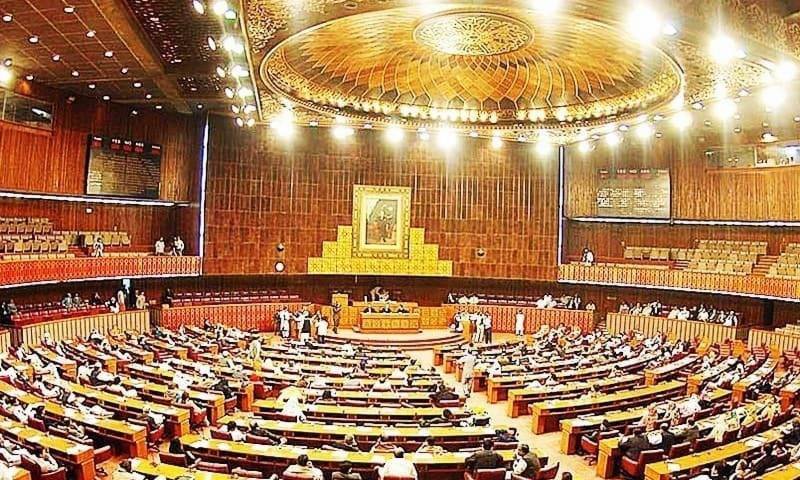 Islamabad (Web Desk): Federal Budget for the next fiscal year 2020-2021 will be presented in the National Assembly on Friday at 4pm.

A copy of the Finance Bill will also be laid in the Senate.

A special session of the Federal Cabinet chaired by Prime Minister Imran Khan will also be held on Friday to approve the budgetary proposals for the next year.

On Thursday, the government launched the Economic Survey for 2019-20. The survey reveals seventy three percent decline in current account deficit, bringing it down from 20 billion dollars to three billion dollars.

The survey was launched by Advisor on Finance Dr. Abdul Hafeez Shaikh at a news conference.

The Advisor said fiscal deficit has been curtailed to four percent of the GDP from 5.1 percent of previous year.

Shaikh said due to the negative impact of COVID-19, the growth rate remained 0.4 percent against the estimated 3 percent.

Giving a break up, the adviser said the agriculture sector recorded strong growth of 2.67 percent considerably higher than 0.58 percent growth achieved during the last year.

The provisional growth in industrial sector has been estimated at minus two point six four percent mainly due to the negative growth of 8.82 percent in mining and quarrying sector and decline of 7.78 percent in large scale manufacturing sector. Due to lockdown situation in the country, the growth estimates of small scale industry for the outgoing fiscal year are 1.52 percent.

Finance and insurance sector witnessed a slight increase of 0.79 percent.

The Housing Services, General government services and other private services have contributed positively at 4.02, 3.92 and 5.39 percent respectively.

During the first seven months of fiscal year, inflationary pressures were observed and inflation rose to 14.6 percent in January this year. However, due to government's timely measures, the Consumer Price Index declined to single digit at 8.5 percent in April this year. This was third successive month showing decline in inflation, whereas it dropped more than six percent in last three months.