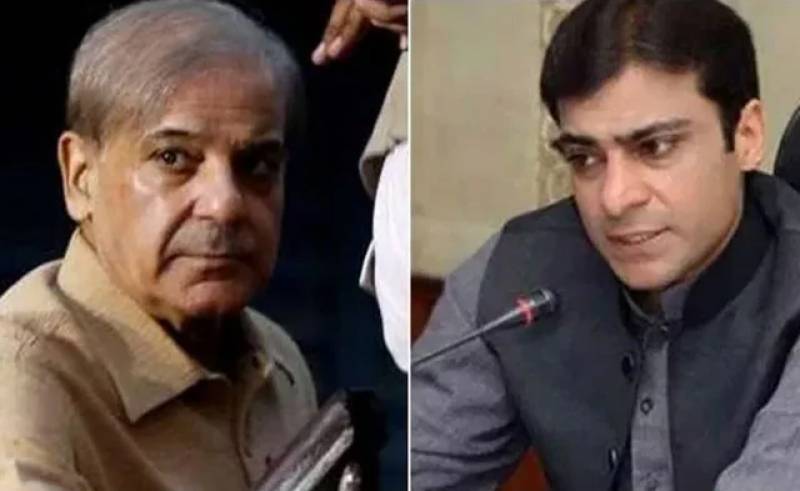 The two have been asked to pay Rs1 million in surety bonds each within seven days.

The court also confirmed the pre-arrest bails of other suspects in the case and directed them to submit bail bonds of Rs200,000 each.

Earlier in the day, the court reserved its verdict on all requests for bail, including those by PM Shehbaz and Punjab CM Hamza.

During today's hearing, the investigation officer informed the court that neither he nor the previous IO had submitted a fresh report requiring Shehbaz and Hamza's custody.

It contradicted FIA Prosecutor Farooq Bajwa's statement, who had confirmed to the court during the last hearing that the agency wanted to arrest the leaders.

Presiding Judge of the Special Court (Central-I), Ijaz Hassan Awan, had extended Shehbaz and Hamza's interim bails in the case till June 11 (today) during the last hearing. Both leaders appeared in court for today as well.

As per the report, the warrants could not be executed since Suleman was not present at his address and had gone abroad.

Moreover, the FIA had written a letter to the relevant agency for verification of Maqsood's death, according to the report.

The judge then directed the FIA to submit a verified report. He also made a newspaper clipping about the death part of the court proceedings.

PM Shehbaz took to the rostrum and told the court that his family had suffered due to his decisions as he had given preference to the common people rather than his own family members.

Sharif Family's lawyer Advocate Amjad Pervez argued that the FIA had not found any evidence which could establish a connection between the premier and the chief minister with the accounts mentioned in the money laundering case.

However, FIA Prosecutor Farooq Bajwa told the court that substantial evidence has been collected from the time when Shehbaz was the provincial chief minister and two cheques had also been deposited to one Gulzar's account.

Advocate Amjad responded that depositing money did not equate to money laundering.

The FIA further revealed that two of the accused had not been included in the investigation.

“That is astonishing,” advocate Amjad responded, adding that the information should have been conveyed at an earlier stage of the trial.

The FIA had in December 2021 submitted the challan against Shehbaz and Hamza to a special court for their alleged involvement in laundering an amount of Rs16bn in the sugar scam case.