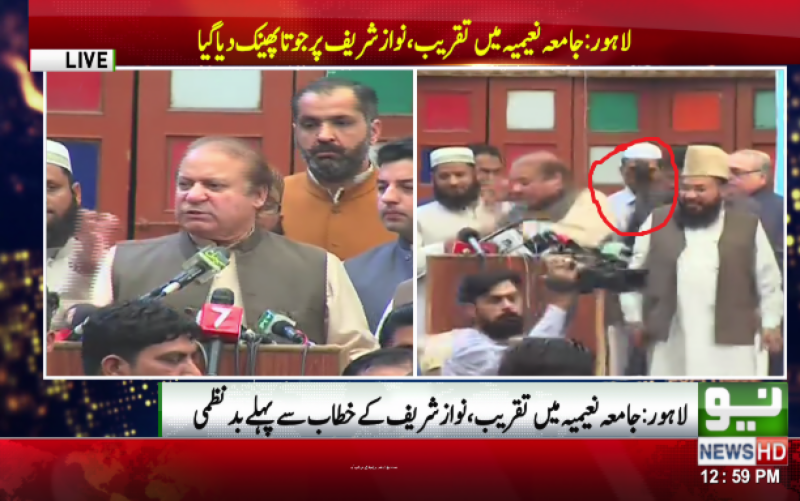 Lahore (Staff Report): Former prime minister and Leader for Life of Pakistan Muslim League-Nawaz (PML-N) Nawaz Sharif joined the rank of those personalities who were shoed by the angry people.

A shoe was hurled at Sharif by a man in the audience as soon as he took the stage to address a ceremony marking the death anniversary of Mufti Mohammad Hussain Naeemi at Jamia Naeemia on Sunday.

On Saturday, ink was thrown on Foreign Minister Khawaja Asif in Sialkot.