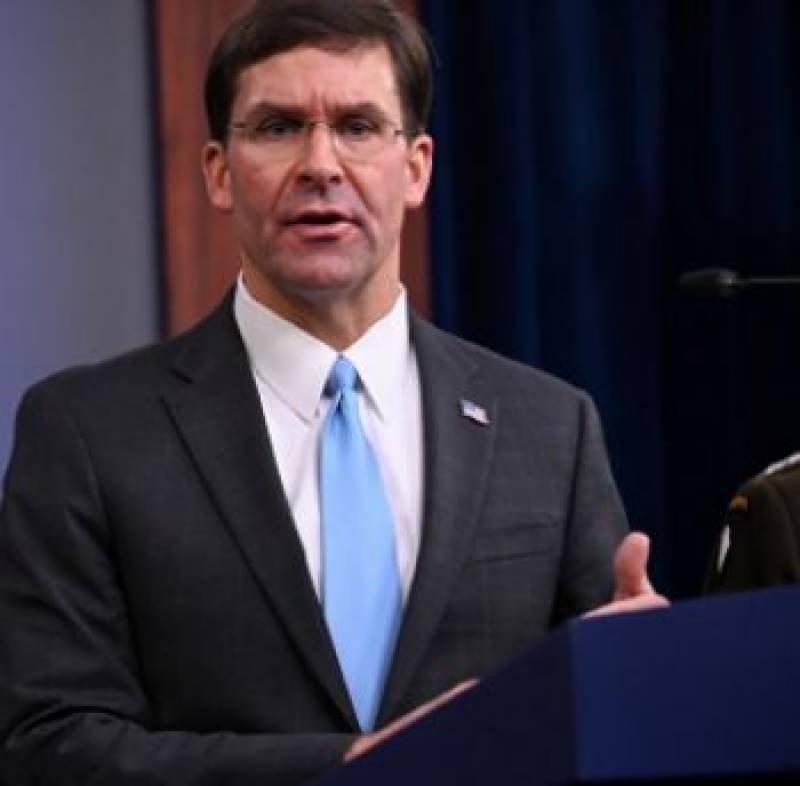 Washington (Agencies): US Defence Secretary Mark Esper has postponed his upcoming visit to Pakistan, India and other countries in the region, the Pentagon announced on Tuesday.

“Out of an abundance of caution, the Secretary of Defence has decided to postpone his travel,” Pentagon spokeswoman Alyssa Farah said in a statement, adding that the trip would occur at “a later date”.

Esper planned to visit the region from March 16 to 20 for talks aimed at promoting the Afghan peace process. He was expected in Islamabad on March 19 for an overnight stay.

Other destinations on his trip included Uzbekistan and possibly Kabul, although visits to the Afghan capital are not announced due to security reasons.

Earlier, there was no official confirmation either from Pakistan or the US of the visit, the sources, however, confirmed that the secretary’s visit was planned in the third week of March.