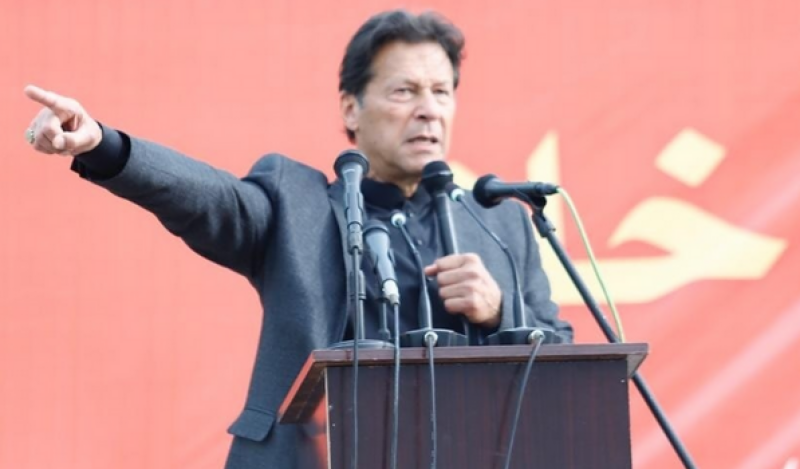 Addressing a public gathering in Lower Dir, the premier said that Chief of Army Staff General Qamar Javed Bajwa has asked me not to call JUI-F’s Maulana Fazlur Rehman “diesel

"I was just talking to Gen Bajwa and he told me not to refer to Fazl as diesel. But I am not the one who is saying that. The people have named him this name," the prime minister said.

PM Imran said that the opposition leaders drowned the country in debts and “bowed before superpowers.”

"There were hundreds of drone strikes during the tenures of Zardari and Nawaz, but neither of them condemned the attacks as their wealth was parked in foreign countries," the premier said.

PM Imran said the chiefs of these three parties are among those who have been ruling the county since last 30-35 years.

“If today the world does not recognise Pakistan’s green passport it is because of these three, because these three mortgaged Pakistan,” he said.

Referring to a statement made by JUI-F chief Maulana Fazlur Rehman during a press conference, wherein he had said that after coming to power “he would mend an institution”.

"By an institution, Fazl meant the army, Imran Khan said.",adding that the opposition parties “attacked” judges, courts, and “bribed media”. “They destroyed every institution they touched,” he said.

Will Nawaz mend the Pakistan Army, he questioned. “The army is the only reason Pakistan is existing today,” the premier added.

"Today, Pakistan exists because of the army," the prime minister said. "Will these people fix the army?" he questioned.

On the other hand, Khan said, his government's vision was to transform Pakistan into a welfare state, along the lines of the state of Madinah.

"The government has launched health insurance programme for each family of Khyber Pakhtunkhwa up to Rs1 million, " the premier said.

PM Imran said supremacy of law is the top most priority of the government besides uplifting the living standard of poor and needy people.