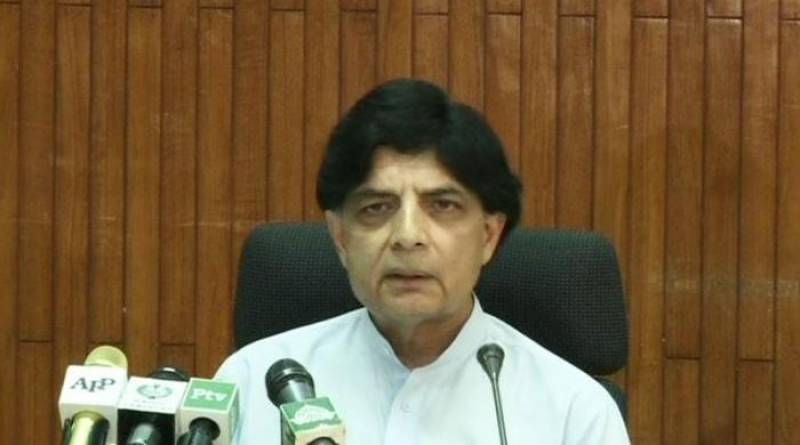 Islamabad (Staff Report): Minister for Interior Chaudhry Nisar Ali Khan on Thursday emphasized that opposition should not play politics over civil-military relations, adding that Dawn Leaks inquiry report was not as controversial as opposition had made it.

The minister said while speaking at a press conference in Islamabad, the report presented by the Dawn Leaks Inquiry Committee was a consensus document, but an image of a conflict between state institutions was unnecessarily created in the media.

He warned against making a mockery of civil-military ties and termed it a sensitive issue.

The Minister said the context of civil-military ties was not political but national, adding “now let the issue (Dawn Leaks) rests.”

The interior minister criticised the opposition without pointing at anyone that a certain retired army general's comments on television regarding the issue, saying "some retired officials mistakenly consider themselves spokespersons of the army".