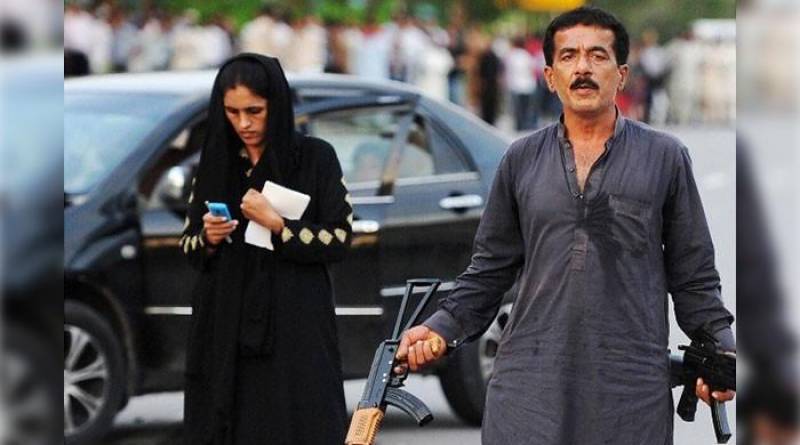 Islamabad (Web Desk): The anti-terrorism court (ATC) while hearing the case of the infamous capital gunman Sikandar, has awarded a 16-year prison sentence on Thursday.

According to details, ATC Judge Kausar Abbas Zaidi also imposed a fine of Rs110,000, ordering that failure to pay the amount would lead to a six-month increase in the sentence.

ATC also ordered that Sikandar’s wife, Kanwal, be exonerated of all charges.

Sikandar, on August 15, 2013, armed with automatic weapons and accompanied by his wife and two children, had driven into the middle of Constitution Avenue in Islamabad where he fired into the air and started a standoff with the authorities which lasted well into the night.

While negotiations were under way, Pakistan Peoples Party leader Zamrud Khan attempted to wrestle the culprit, following which Sikandar broke free and was shot, injured by the police.

Earlier, this case was registered against him under Section 6 of the Anti-Terrorism Act, 1997 at the Kohsar Police Station in Islamabad.