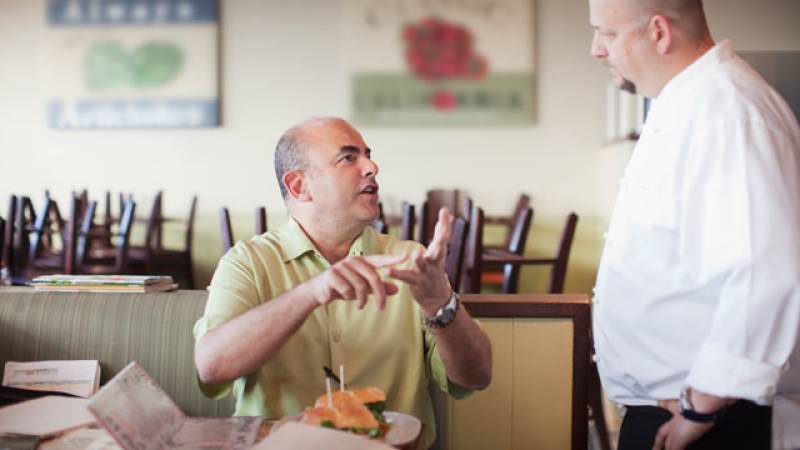 Abu Dhabi (Web Desk): A waiter was assaulted by a customer who was buying a Dh1 packet of biscuits from a cafeteria just because waiter refused to serve him first.

The case was heard in the Abu Dhabi Criminal Court of First Instance where it was told that the Somali national slapped the Asian waiter of a cafeteria in Mussaffah area and also tried to manhandle him after the man asked him to wait until he served other customers.

According to details provided by official court documents stated that the Somali had gone to the cafeteria to have coffee with his friends. And after the coffee was served, he ordered for a packet of biscuits costing less than Dh1.

The waiter asked him to wait a little until he was done serving of other customers who had placed their orders first.

The Somali became angry and took the biscuits from the shelves on his own. As he returned to his seat, he tried to attack the waiter as he passed by him to serve tea and coffee to other customers.

The man reportedly slapped the waiter and also tried to manhandle him.

The prosecutors said, "Other customers in the cafeteria intervened and managed to save the waiter from the angry man by calming him down."

The customer had left the cafeteria but the waiter was shocked when a few hours after the Somali returned with a big stick and began attacking him again. The Asian man said the man beat him up in various parts of his body, including the head.

The waiter filed a complaint with the police. Prosecutors charged the Somali with assaulting the Asian man. He denied the charge when he appeared in court.

The trial was adjourned to a next date.