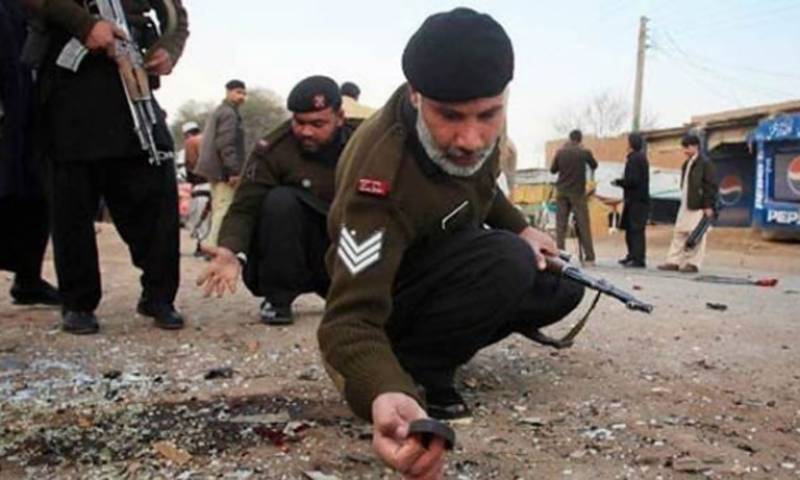 Six people, including two policemen, were also injured after the remote-controlled bomb went off near a police van.

According to police, the bomb was fitted in a motorcycle parked near Kohat Chowrangi and its target was a police van that was on patrol.

Law enforcement agencies have cordoned off the area and launched search operation in the area after the incident.