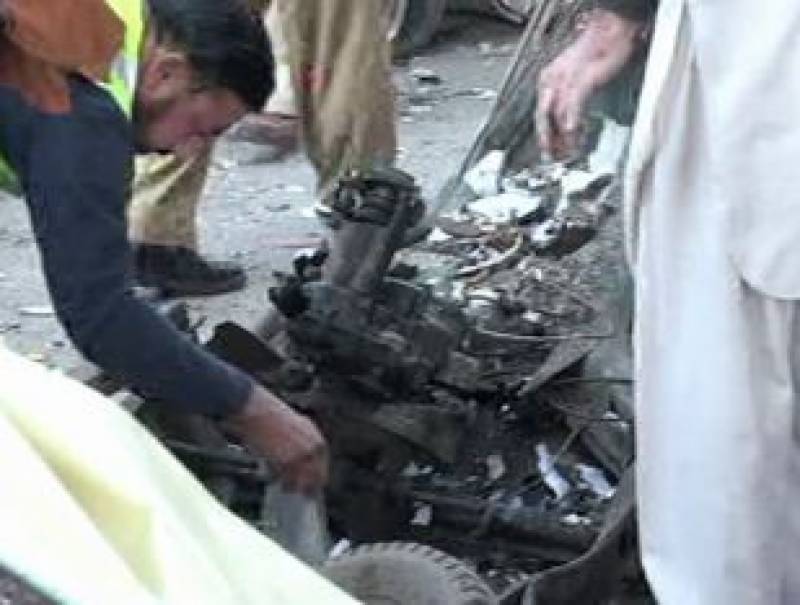 Peshawar (Web Desk): At least five people were injured after a blast took place at the city's Rampura Gate business centre on Monday.

According to police, around two kilograms explosive material was tied to a pole which caused the explosion. The target was apparently the police officials on duty. Police officials also confirmed that among the five injured were two traffic police officials.

The injured were shifted to Lady Reading Hospital for treatment.

Law enforcement agencies arrived at the blast site and cordoned off the area.