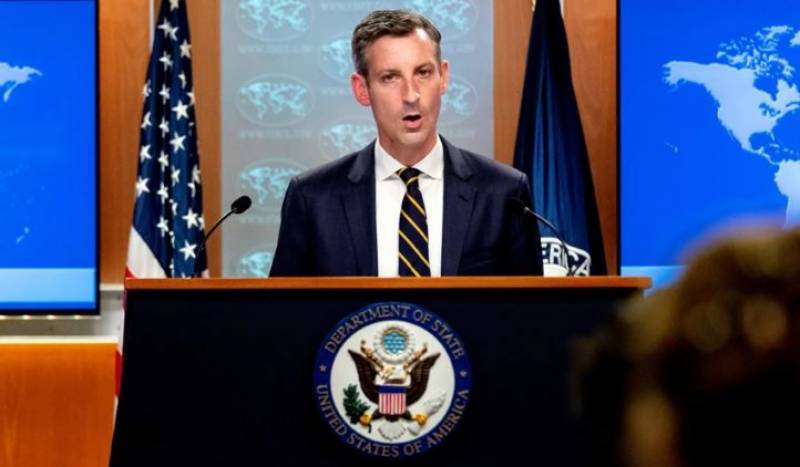 Washington (Web Desk): The United States (US) has said that Washington will not permit any disinformation and lies to interfere with the bilateral relationship with Pakistan.

The State Department has repeatedly refuted the former premier’s allegations, saying the US does not support one political party over another in Pakistan, but instead supports the principles of rule of law.

Ned Price also responded to the question regarding the telephone conversation between Foreign Minister Bilawal Bhutto-Zardari and US Secretary Antony Blinken.

On Friday, US Secretary of State Antony Blinken telephoned Foreign Minister Bilawal Bhutto-Zardari to congratulate him on becoming the country's new foreign minister.

During the phone call, the two sides discussed strengthening the mutually beneficial and broad-based relationship between Pakistan and the US.

Ned Price said they reflected on the 75th anniversary of US- Pakistani relations and to talk about how to strengthen that cooperation, going forward.

He said that Secretary Blinken underscored the resolute US-Pakistan commitment to Afghan stability and to combating terrorism as well.