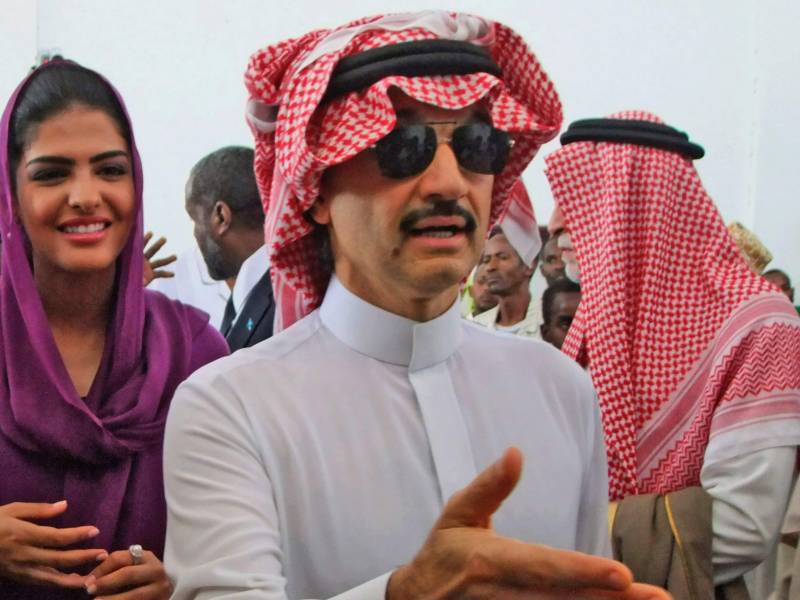 Riyadh (Reuters): The first hint that something was amiss came in a letter.

On Saturday Nov. 4, guests at Riyadh’s Ritz Carlton were notified by the opulent hotel that: “Due to unforeseen booking by local authorities which requires an elevated level of security, we are unable to accommodate guests ... until normal operations are restored.”

The purge was already under way. Within hours security forces had rounded up dozens of members of Saudi Arabia’s political and business elite, mostly in the capital and the coastal city of Jeddah. Among them were 11 princes as well as ministers and wealthy tycoons.

Some were invited to meetings where they were detained. Others were arrested at their homes and flown to Riyadh or driven to the Ritz Carlton, which has been turned into a temporary prison.

The detainees were allowed a single, brief phone call home, a person familiar with the arrests told Reuters.

“They don’t receive calls and are kept under tight security. No one can go in or out,” the insider said. “It is obvious that there was a lot of preparation for it.”

The purge was ordered by 32-year-old Crown Prince Mohammed bin Salman. Officially next in line to the throne to his father, King Salman, he is now in effect running the country which he has said he will transform into a modern state.

To do that - and in an attempt to shore up his own power - he has decided to go after the Saudi elite, including some members of the royal family, on accusations such as taking bribes and inflating the cost of business projects. Those arrested could not be reached for comment.

At stake is political stability in the world’s largest oil producer. The Crown Prince’s ability to rule unchallenged depends on whether the purge is successful.

The Crown Prince believes that unless the country changes, the economy will sink into a crisis that could fan unrest. That could threaten the royal family and weaken the country in its regional rivalry with Iran.

Prince Mohammed decided to move on his family, the person familiar with events said, when he realized more relatives opposed him becoming king than he had thought.

“The signal was that anyone wavering in their support should watch out,” said the person familiar with the events. “The whole idea of the anti-corruption campaign was targeted toward the family. The rest is window dressing.”

King Salman said the purge was in response to “exploitation by some of the weak souls who have put their own interests above the public interest, in order to, illicitly, accrue money”. Insiders said the accusations were based on evidence gathered by the intelligence service.

Government backers have rejected suggestions that the campaign is really about eliminating political enemies. There was no immediate comment from the royal court on this story.

Among those now holed up at the Ritz Carlton hotel is Prince Miteb bin Abdullah, who is head of the powerful National Guard and Prince Mohammed’s cousin.

Miteb was in his farm house in Riyadh when he was called to a meeting with the Crown Prince. Such an invitation, even at night, would not be unusual for a senior official and would not have aroused suspicion.

“He went to the meeting and never came back,” said a second insider who has connections to some of those who were detained.

Others held include Prince Alwaleed bin Talal, who is chairman of international investment firm Kingdom Holding and a cousin of Prince Mohammed, and Prince Turki bin Abdullah, former governor of Riyadh province and a son of the late King Abdullah.

Some royal watchers said tensions were laid bare during family meetings over the summer. One insider said it was widely known to Prince Mohammed that some of the powerful royals, including Miteb, were resentful about his elevation.

Prince Mohammed, who is widely known in Saudi Arabia by his initials MbS, had said openly in interviews that he would investigate the kingdom’s endemic corruption and would not hesitate to go after top officials.

The vehicle was an anti-corruption committee created by King Salman, and announced on Nov. 4. The king put the Crown Prince in charge, adding another power to the many he has been given in the past three years.

Saudi authorities have questioned 208 people in the anti-corruption investigation and estimate at least $100 billion has been stolen through graft, the attorney-general said on Thursday. The head of the committee said investigators had been collecting evidence for three years.

By launching a war on corruption, the prince has combined a popular cause with the elimination of an obstacle to acceding to the throne.

“MbS used the corruption stick which can reach any one of them,” said Jamal Khashoggi, a former adviser to Prince Turki al-Faisal, intelligence chief from 1979 to 2001. “For the first time we Saudis see princes being tried for their corruption.”

But Khashoggi, who lives in the United States, said Prince Mohammed was being selective in his purge.

“I believe MbS is a nationalist who loves his country and wants it to be the strongest but his problem is that he wants to rule alone,” he said.