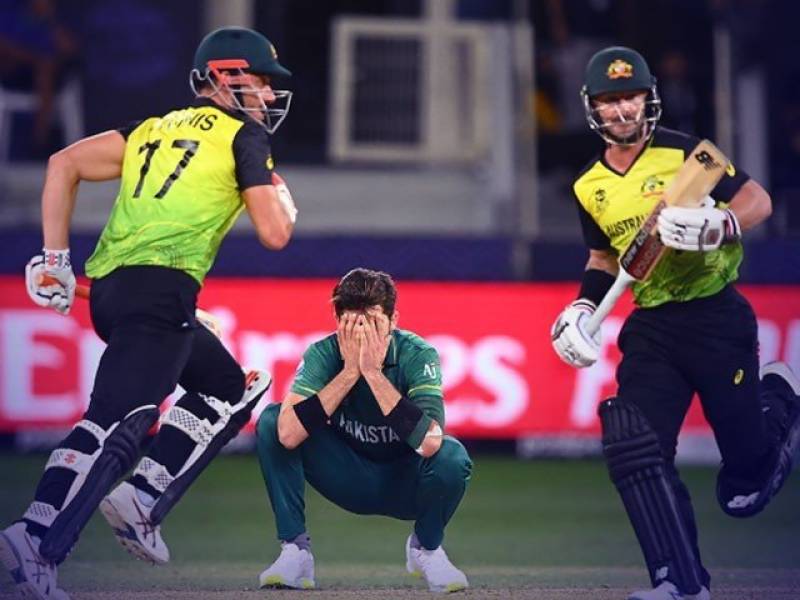 Dubai (Web Desk):Matthew Wade played a vital role in Pakistan's defeat against Australia in the second semi-final of the T20 World Cup in Dubai on Thursday.

Wade scored 41 runs off 17 balls and Stoinis hit 40 runs off 31 balls at a time when Australian wickets were falling one after other.

Earlier, after being sent to bat in the second semifinal by Australia, Pakistan have put 176 runs on the board for the loss of four wickets in 20 overs.

Mohammad Rizwan top-scored for Pakistan with his impressive 67 runs. He added 71 runs with skipper Babar Azam (39) the first wicket and 72 runs for the second wicket with Fakhar Zaman (55*).

Babar and Rizwan have been in top form right from their first match of the tournament where Pakistan thrashed arch-rivals India by 10 wickets.

Babar has also surpassed England s Jos Buttler to become the leading run-scorer in the ongoing tournament. Meanwhile, Rizwan became the first batter to score 1000 runs in T20Is in a calendar year.

After Rizwan was sent back to the pavilion in the 18th over, Zaman also scored fifty and gave the finishing touch in Pakistan s innings.

For Australia Mitchell Starc was the best bowler with his two wickets. Pat Cummins and Adam Zampa picked one wicket each. Australia need 177 runs to win now but it will depend on how their batters will go in the chase. Earlier, both the teams made no changes in their playing XI.