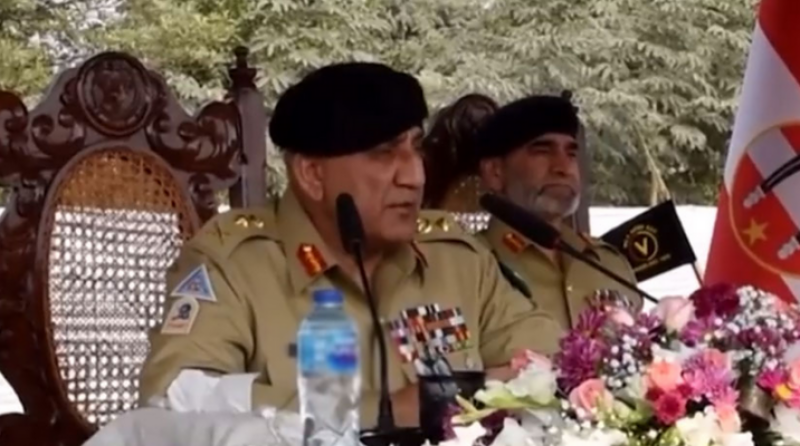 According to a statement issued by the Inter-Services Public Relations (ISPR), the COAS interacted with strike formation troops and commended their extraordinary professional competence and devotion to duty in the service of the motherland.

on Thursday, the army chief visited Sialkot and Mangla garrisons as part of his farewell visits to various formations, a statement from the ISPR said.

The army chief advised troops to keep serving the nation with the same zeal and commitment no matter what the circumstances.

He appreciated the formations for their excellent performance during various operations, training, and natural calamities.