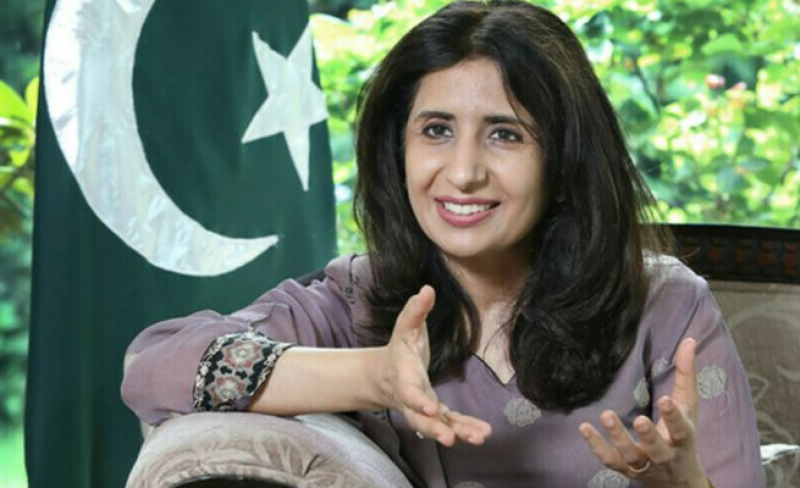 According to a notification issued by the ministry on Friday, she has replaced Asim Iftikhar who has been appointed as an ambassador of Pakistan to France.

At the foreign ministry, she has served as Director (America), Director (Security Council and Human Rights) and Director (Strategic Planning) in the Office of the Foreign Secretary. 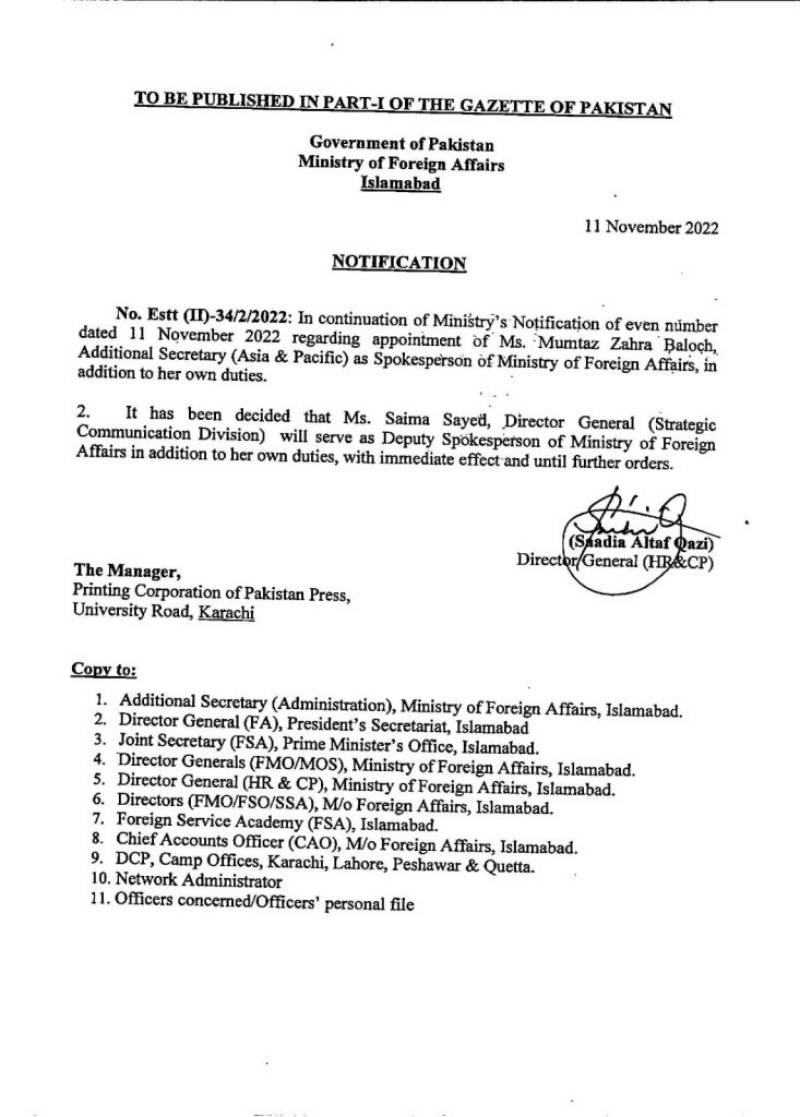 Mumtaz Zahra Baloch holds Masters degree in Physics from the Punjab University, Lahore, a Masters in International Relations from the Fletcher School of Law and Diplomacy, USA and a degree from the prestigious Ecole Nationale d’ Administration, France.

Meanwhile, Saima Sayed, currently serving as Director General of Strategic Communications has been appointed as the deputy spokesperson of the Foreign Office.

At the foreign ministry, she has served as Director (Arms Control & Disarmament& Science Diplomacy), Deputy Chief of Protocol and Deputy Director Europe.