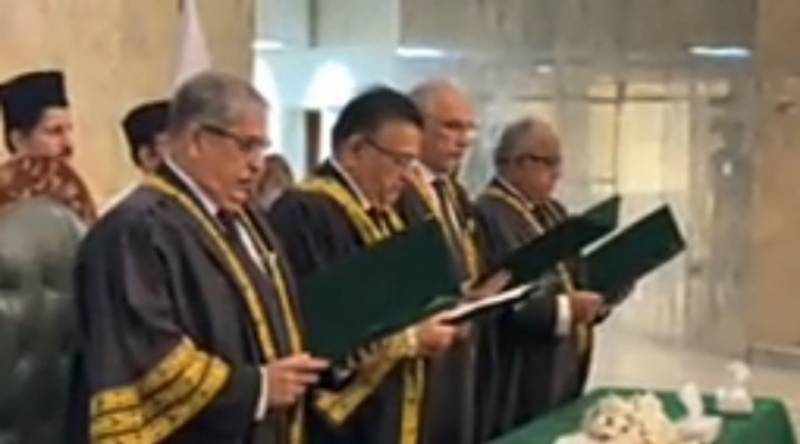 Judges of the SC, representatives of the Bar Council, senior lawyers, law officers, judicial officers, and staff as well as the families of the three judges attended the swearing-in ceremony.

After the oath-taking, the total number of judges in the SC has increased to 15. Two seats remain vacant.

It should be noted that the president approved the appointment of the said judges in the SC a few days ago.

The oath-taking ceremony took place at the Aiwan-e-Sadr and was attended by senior judges and government officials.

Justice Aamer Farooq, the senior most judge of IHC, is the sixth chief justice of Islamabad High Court.