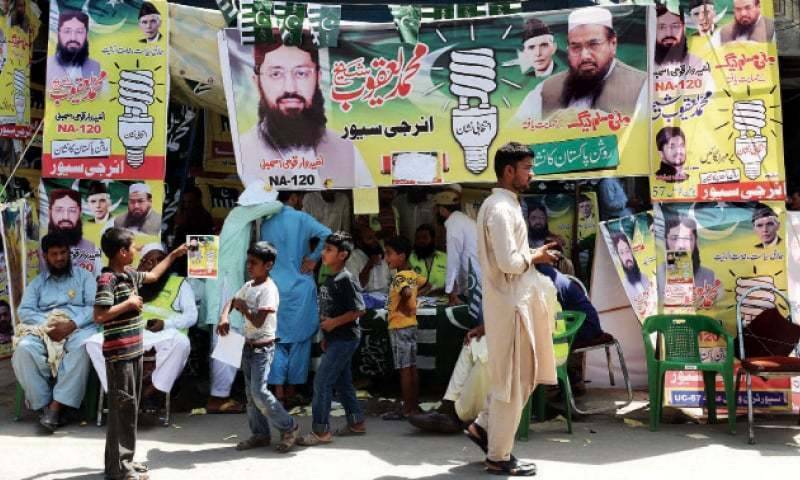 Islamabad (Staff Report): The Election Commission of Pakistan (ECP) on Wednesday rejected Milli Muslim League (MML), a political part backed by Hafiz Saeed who carries a $10 million US bounty on his head for alleged involvement in 2008 terrorist attacks in India, application for registration.

Raising red flags over MML’s registration as a political party, the interior ministry maintained that allowing such parties to flourish will fuel violence and extremism in domestic politics.

A Senate panel had last month grilled the ECP for allowing the newly-formed political wing of the banned JuD group to take part in the September 17 by-elections in NA-120, Lahore. The commission’s officials, however, maintained that the applicant had contested the poll as an independent candidate, adding that it had sought clearance from the interior ministry.