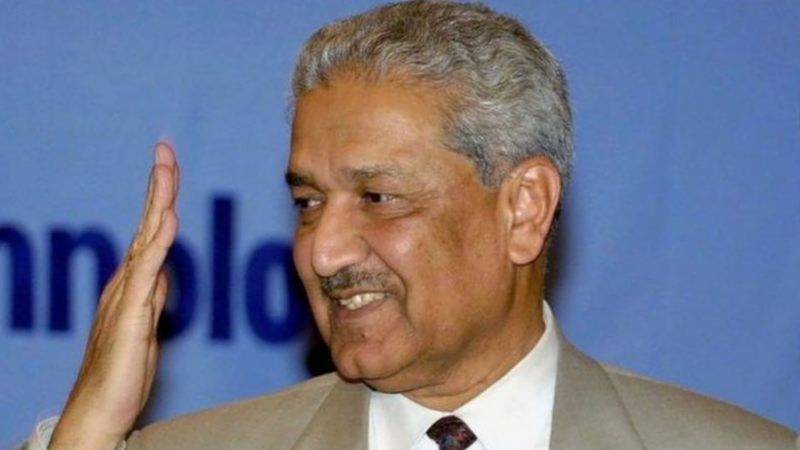 The national hero was laid to rest at H-8 graveyard, Islamabad on Sunday.

Earlier, it was announced that Khan will be buried in the courtyard of Faisal Mosque, however, his daughter later approached Interior Minister Sheikh Rashid Ahmad and informed him about the family’s decision to bury AQ Khan at the G8 graveyard.

In recognition of his outstanding services for the country and the nation, the government had announced a state funeral for architect of Pakistan’s nuclear programme and renowned scientist Dr. Abdul Qadeer Khan.

According to a notification issued by the Ministry of Interior, the national flag of Pakistan shall also fly at half-mast on Sunday.

Khan, who was ill from some time, passed away on Sunday morning at the age of 85.

Dr Abdul Qadeer Khan was considered the father of Pakistan’s nuclear programme and is revered at home as a hero for building the Muslim world’s first atomic bomb.