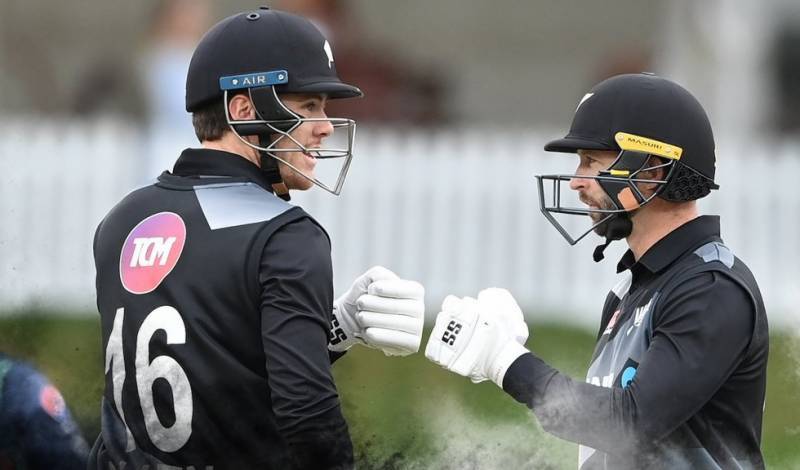 Pakistan secured 130 for 7 wickets. In reply New Zealand achieved the target in 16.1 over for one wicket.

Pakistan won the toss and opted to bat first but failed to post a big total. Iftikhar Ahmed remained the top scorer with 27 runs. Asif Ali made 25 runs.

In reply, New Zealand chased down the target in 17th over with nine wickets in hand. Finn Allen scored brilliant 62 runs. Shadab Khan took the only wicket.

The hosts' victory leaves both Pakistan and New Zealand on two wins and a defeat each, with the Black Caps next facing Bangladesh on Wednesday, also in Christchurch.

The three nations are using the week-long tournament to fine-tune for the T20 World Cup in Australia later this month.