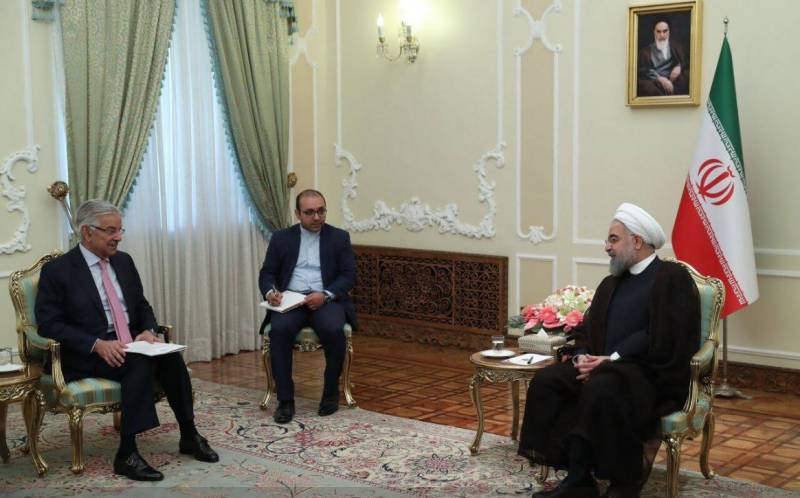 Both the leaders exchanged views on the latest regional situation and different aspects of the bilateral relations in wake of the recent policy statement announced by US President Donald Trump, Radio Pakistan reported.

Pakistan’s delegation left for the official visit to Iran earlier in the day.

While sharing details of the trip, Foreign Office spokesperson Nafees Zakaria had said, “Khawaja Asif will hold meetings with his Iranian counterpart, and President Hassan Rouhani.”

The spokesperson further said that matters of bilateral relations and the regional situation will be discussed during the meetings.

“Security situation in Afghanistan will also be discussed,” Zakaria was quoted as saying.