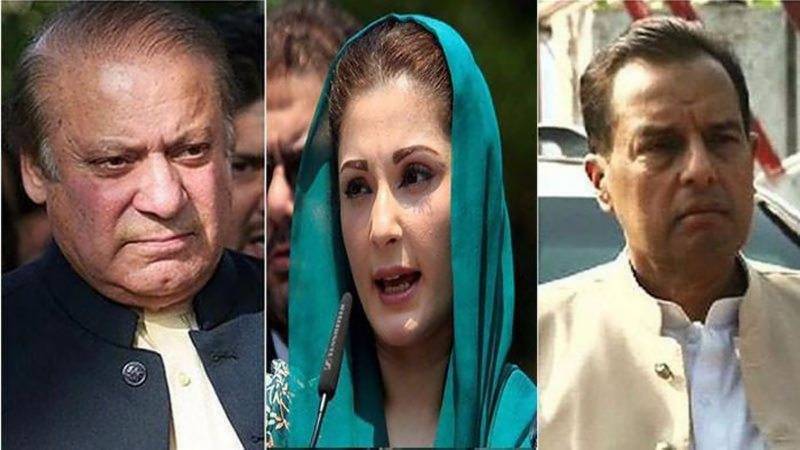 According to the sources at Interior Ministry, the three will be granted parole from the time of Begum Kulsoom’s funeral prayers till her burial.

However, submission of a request is necessary for parole to be granted, they added.

Begum Kulsoom Nawaz passed away in London on Tuesday after a months-long battle with cancer. She had been placed on life support earlier today as her health began deteriorating.

Begum Kulsoom travelled to the British capital city in August last year, where she was diagnosed with Lymphoma, prompting Sharif family members to get her admitted to the upscale health facility.

According to the family sources, her dead body will be brought back to Pakistan and her funeral prayers (Namaz e Janaza) will be offered on Friday.

She will be laid to rest at Jati Umra in Lahore, the family sources added.