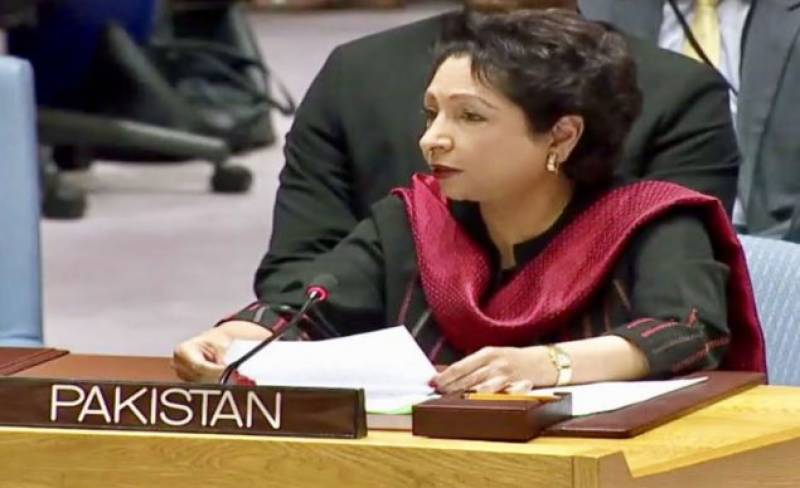 Speaking at the United Nations Security Council’s (UNSC) debate on peacekeeping operations, Pakistan’s Permanent Representative to the UN Dr Maleeha Lodhi said the efficacy of UNMOGIP has become more significant due to multiple ceasefire violations by the Indian armed forces along the Line of Control (LoC).

Speaking in #UNSC debate on @UN #peacekeeping operations I called for strengthening the UN Military Observer Group in India & Pakistan (UNMOGIP) in the wake of India’s illegal annexation of occupied Jammu and Kashmir on 5 August, in flagrant violation of multiple SC resolutions. pic.twitter.com/WVAvOPuHN4

In a post on Twitter, Dr Maleeha Lodhi said she met the UN Secretary General Antonio Guterres and told him that the grave political and humanitarian crisis, which unfolded after India's illegal annexation of occupied Jammu and Kashmir last month, poses a threat to international peace and security.

In my meeting with UN SG Antonio Guterres I told him that the grave political & humanitarian crisis, which has unfolded after India's illegal annexation of occupied Jammu & Kashmir last month, poses a threat to international peace and security pic.twitter.com/etbbfHRBDD

Lodhi said that political and human rights crisis is raging in IOK with a round the clock curfew and lockdown having entered the 36th day.