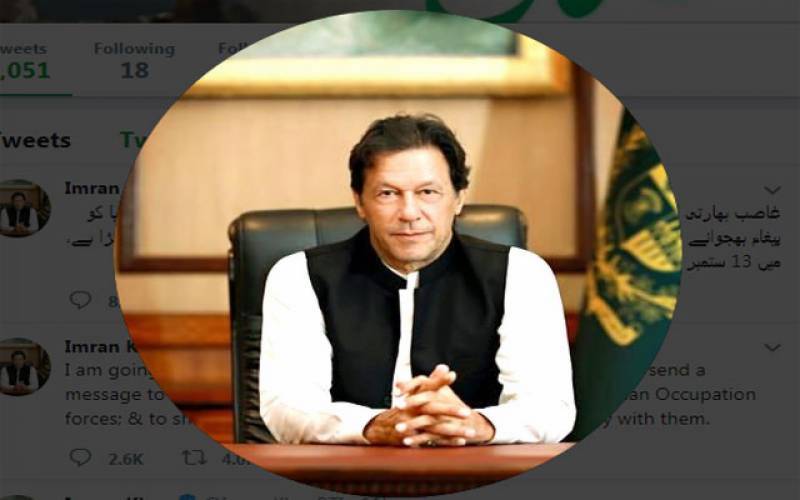 In a post on Twitter, the PM said that the aim of public gathering is to send a message to the world about the continuing siege of Occupied Kashmir by Indian Occupation forces.

I am going to do a big jalsa in Muzzafarabad on Friday 13 Sept, to send a message to the world about the continuing siege of IOJK by Indian Occupation forces; & to show the Kashmiris that Pakistan stands resolutely with them.

The prime minister said that the gathering will show the world that the people of Pakistan stand in solidarity with people of occupied Kashmir.

PM Imran’s announcement of public comes a day after Pakistan delivered a joint statement on behalf of over 50 countries at the United Nations Human Rights Council (UNHRC) on the human rights situation in occupied Kashmir.